Monger celebrates with his own version of the Shoey 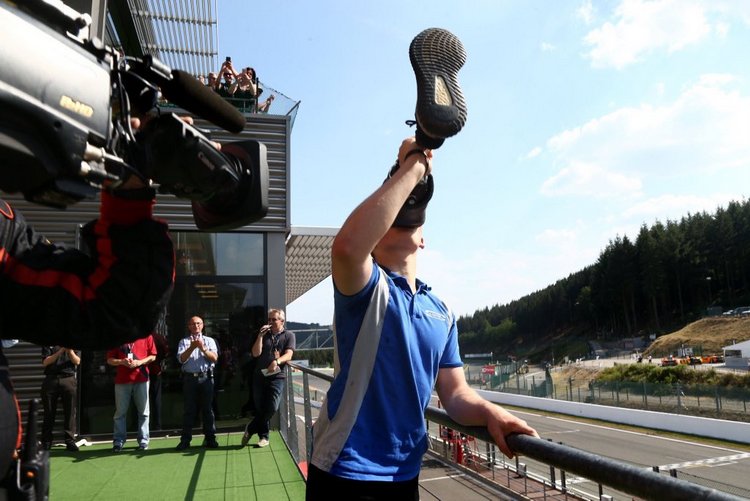 Carlin driver Monger started the race from third on the grid but dropped a few places before fighting back to secure a podium, which he shared with race winner Linus Lundqvist and second-placed Tom Gamble.

The gutsy 19-year-old has returned to racing after losing his legs in a horrific crash during a round of the British Formula 4 in April last year. He has been embraced by the Formula 1 paddock and is a regular visitor at Mercedes on race weekends.

On Sunday after mounting the podium at Spa, Monger took off his prosthetic leg, poured in champagne before taking a swig and declared that the “leggy” was born!

Monger explained, “There’s a good friend of mine in the military who has been teaching me a few tricks, and drinking champagne out of a leg is one of them!”

“I thought, I haven’t been on the podium for so long that I needed to remind the boys that this is what it’s all about, and I hope the boys in blue [at team Carlin] enjoyed it. And they might have to drink out of my leg later on too!”

It was Monger’s second visit to the podium, he also finished third at the season opener at Oulton Park and after 15 points scoring rounds he lies seventh in the championship standings.