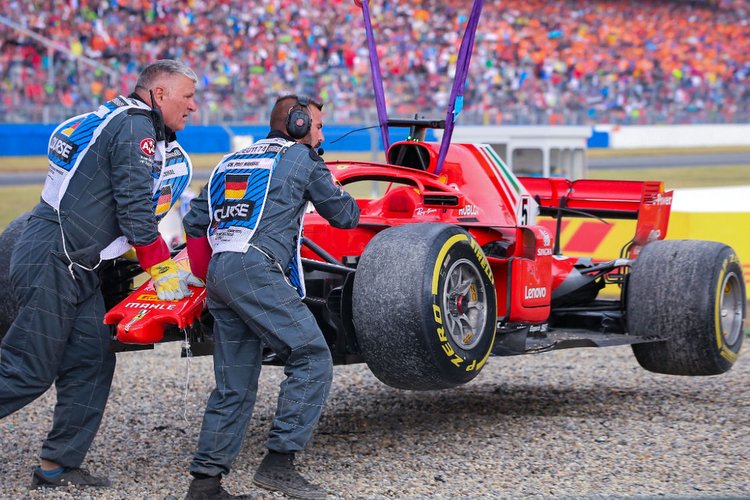 Fall out from Sebastian Vettel’s shocking mistake which cost him sure victory at Hockenheim continues, with the Italian media slamming the Ferrari driver while lavishing praise on Lewis Hamilton who turned 14th on the grid to an unlikely victory on the day 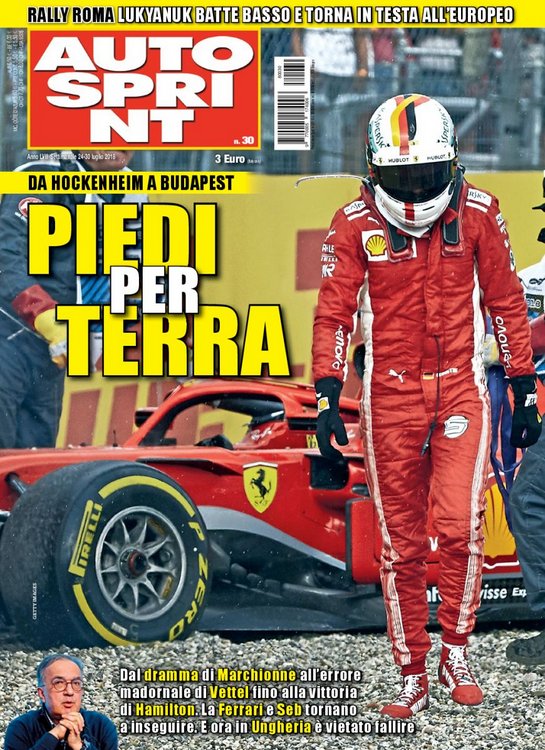 While comfortably leading his home German Grand Prix, with the finish line in sight Vettel overdid it and locked the brakes into the Sachskurve, the Ferrari speared off track, crunched into the barrier and remained beached. The German’s race was run.

Vettel sounded as if he was crying when he apologised over the radio to his team with his car in the gravel, but not long after his demeanour was not that of one who might have just thrown away the world championship.

Instead, he was surprisingly at ease when he told reporters, “I don’t think it was a huge mistake. It was a huge impact on the race because we retired there, but it’s not like tonight I’ll have difficulty falling asleep because of what I’ve done wrong.”

Soon after the race, Nico Rosberg weighed in summarising what most fans were thinking: “Such a big one – unbelievable! He threw it away!

“He could have just taken out a little bit more, gone a little bit slower and taken it a bit easier, and he just chucked it into the wall. It’s so bad.”

Italian media agreed with Rosberg and let rip in the aftermath of the race weekend at Hockenheim:

Their journo Maurizio Voltini pointed to Hamilton’s race, which he acknowledged was not flawless, but wrote: “It is correct to highlight other aspects of [Hamilton’s] race, such as preserving and managing his tyres to perfection. This year Lewis is driving like a computer.”

The magazine version had a photo of forlorn-looking Vettel walking away from his crashed Ferrari with the headline: “Down to earth”

Their reporter Giusto Ferronato wrote: “While Seb was crashing into the barriers, the Englishman, author of a wonderful comeback, overtook Kimi Raikkonen and Valtteri Bottas, going on to win a race that puts him well in the lead of the championship. The Mercedes triumph was completed by the second place of Bottas on home soil.”

“In summary, Vettel left the track at the Motodrom, in front of his home crowd. Hamilton, on the other hand, went on to score 25 points when after qualifying he thought he had no chance. To make a mistake against someone like Lewis is synonymous with suicide.”

Corrieri dello Sport wrote in the aftermath: “A serious mistake that costs him victory in his home Grand Prix and, even more, makes the battle for the world title much more complicated.”

They also quote Ferrari team chief Maurizio Arrivabene saying: “It was an important one to win.”