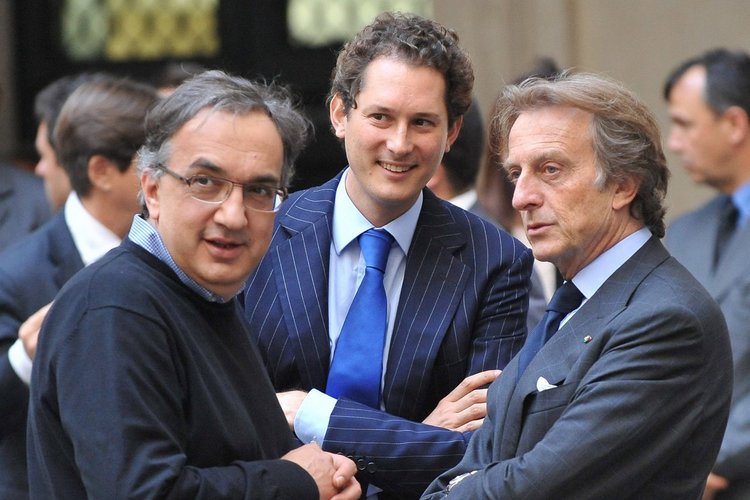 Ferrari announced on Saturday that John Elkann is the company’s new chairman and it had appointed board member Louis Camilleri as its new chief executive, replacing Sergio Marchionne who is seriously ill.

In an emergency meeting called after Marchionne’s health worsened, the Ferrari board named Elkann as chairman and also gave Camilleri powers to oversee the company’s operations.

Marchionne was both CEO and chairman of Ferrari. He has also been replaced as Fiat Chrysler CEO.

A Ferrari shareholder meeting will be called in the coming days to approve his appointment.

Marchionne was due to step down as head of Fiat Chrysler in spring next year, but planned to stay on as Ferrari chairman and CEO until 2021.

On the day, Marchionne was also replaced as chief executive of Fiat Chrysler (FCA) by the head of the firm’s Jeep division, Mike Manley, after the health of the carmaker’s long-time boss deteriorated sharply following surgery.

British-born Manley, who also takes responsibility for the North America region, will implement a strategy outlined by Marchionne last month to ensure the company has a “strong and independent future,” FCA said in a statement.

Marchionne, 66, was credited with rescuing Fiat and Chrysler from bankruptcy after taking the wheel at the Italian carmaker in 2004. He had been due to step down from the combined group next April but his sudden health crisis forced FCA to accelerate the shift.

“FCA communicates with profound sorrow that during the course of this week unexpected complications arose while Mr Marchionne was recovering from surgery and that these have worsened significantly in recent hours,” the statement said.

FCA said this month that Marchionne, who held joint Italian and Canadian citizenship and was described by those who worked with him as a workaholic, had undergone shoulder surgery and was in recovery but then his situation deteriorated.

This has also prompted succession plans at sportscar maker Ferrari and truck and tractor maker CNH Industrial, spun off from FCA in recent years. Along with FCA, the companies are controlled by Italy’s Agnelli family.

Ferrari, were Marchionne had been both chairman and CEO, named FCA Chairman and Agnelli family scion John Elkann (pictured above between Sergio Marchionne and Luca di Montezemolo) as new chairman, while board member Louis Camilleri becomes chief executive, the luxury carmaker said in a separate statement.

Marchionne had previously said he planned to stay on as Ferrari Chairman and CEO until 2021.

On Friday, FCA denied a report by Italian website Lettera43 that Elkann had summoned top executives to a meeting on Saturday in order to reassign Marchionne’s responsibilities.