Hamilton gets F1 to axe Rosberg from interview team 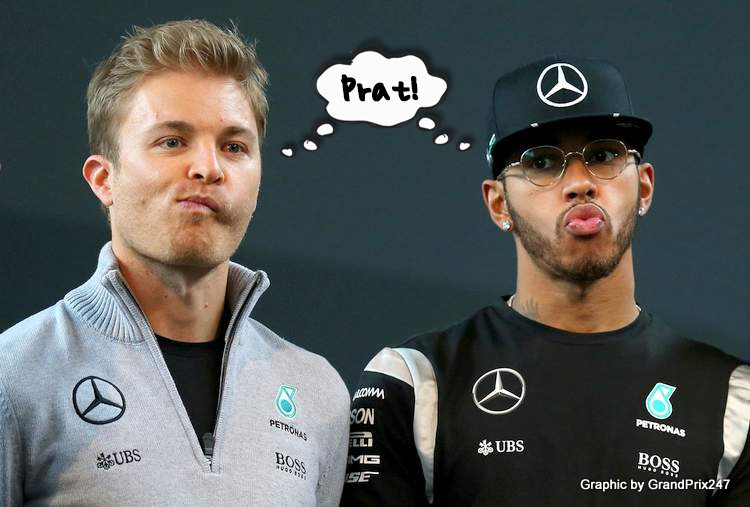 Lewis Hamilton seems to still harbour a grudge against former Mercedes teammate Nico Rosberg who defeated him in a hard-fought and often bitter 2016 Formula 1 World Championship, Bild report that the Briton lobbied for Nico Rosberg to be axed as one of the post-race interviewers at Hockenheim.

Rosberg, the last German to win the F1 drivers’ world championship, was booked by Formula 1 to do the podium interviews after the Monaco Grand Prix in May and the German Grand Prix this weekend.

The German did his MC duties after the grand prix in his hometown, but for Hockenheim this weekend he was informed that his services are no longer required

Rosberg, who is part of the RTL team covering the race for the German audience, told Bild, “I thought it was for Monaco and Hockenheim. Both times I had received permission from RTL to do it, but then a few days ago I got the message that there was no need.”

Paddock sources confirmed, “When Hamilton heard Rosberg was one of the interviewers he made it clear to Formula 1 management that he was not keen on being interviewed by his former teammate and archrival.

Hamilton were childhood friends and rivals throughout their junior careers. They remained mates when they stepped up to Formula 1 a decade or so ago, but once they became teammates at Mercedes in 2013 the relationship gradually became toxic.

The pair were Silver Arrows teammates for four years in which the Englishman won the drivers’ championship twice (2014 and 2015) and Rosberg bagging a dramatic title win in 2016, a feat which clearly still pains Hamilton.