Vettel out to spoil Mercedes party on home soil 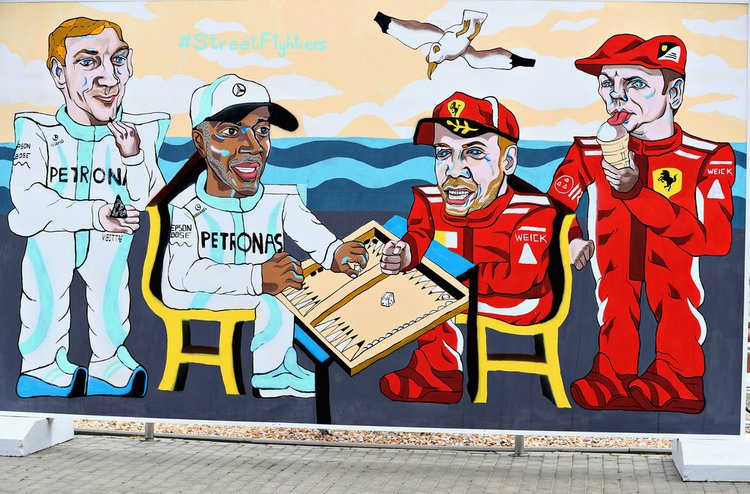 This weekend’s German Grand Prix could be Sebastian Vettel’s last chance to win on home soil but Lewis Hamilton will be doing all he can to deny Ferrari’s Formula 1 championship leader that particular accolade.

Hockenheim is also home for Hamilton’s employers Mercedes and after Vettel beat the Briton at Silverstone a week ago, there is plenty of desire to get one back on a rival who grew up in nearby Heppenheim.

Regardless of the expected clash between the title contenders, the weekend will still be special because the race was not on the calendar last year and its future remains uncertain.

Hockenheim’s contract expires after this year’s race and, despite the sport’s commercial rights holders Liberty Media saying how keen they are to keep historic venues, the two sides appear at odds.

“We would like to have a contract which will take the risk from us. This is the basic point… we cannot continue in the same way,” Hockenheim-Ring marketing director Jorn Teske said in May.

“A lot of people might want a risk-free contract but that’s not our business model,” Formula One’s commercial managing director Sean Bratches said in response.

Hockenheim was already alternating with the Nurburgring before that circuit pulled out for financial reasons and there are no obvious permanent replacements.

All of which makes this year’s gathering in the Rhine valley a standout for the fans, who have been bringing with them a party atmosphere since the Michael Schumacher glory days.

“I saw my first Formula One race here in 2000, and since there are always friends and family here, Hockenheim is something very special for me,” Vettel remarked.

The German, whose only home win to date was with Red Bull at the Nurburgring in 2013, leads his fellow-four times F1 world champion by eight points, while Ferrari are 20 clear in the constructors’ standings.

Hamilton won at Hockenheim in 2016 and will be going for a fourth German GP win to rival Schumacher’s record tally.

“Going to Hockenheim always feels like coming home; it’s only about a 90-minute drive from the Daimler headquarters in Stuttgart,” Mercedes team principal Toto Wolff said.

“We will fight hard to not only put on a good show for our friends and fans in Hockenheim, but also get the result that they will be hoping for.”

Sunday also marks the second half of the season, even if the natural divide comes with the August break that follows Hungary the weekend after Germany.

Mercedes have dropped important points in the last three races through misfortune and mechanical problems, and have work to do if they are to claim both titles for the fifth year in succession.

While they have taken five poles from 10 races, the champions have only converted three into wins — all for Hamilton — and scored 61 points from the recent triple-header compared to 98 for Ferrari.

Red Bull (65) have also out-scored Mercedes in that period, and claimed more fastest laps (five) this season than any other team, despite lacking power on the fast straights. They will fancy their chances in Hungary, if not Hockenheim.

“In the end, pace normally tells over the course of a season, and if we bring it to bear in the next 11 races, we will muscle our way back into a title race that is very much ours to win,” Mercedes technical head James Allison said.