Sainz: At Renault every aspect can be improved 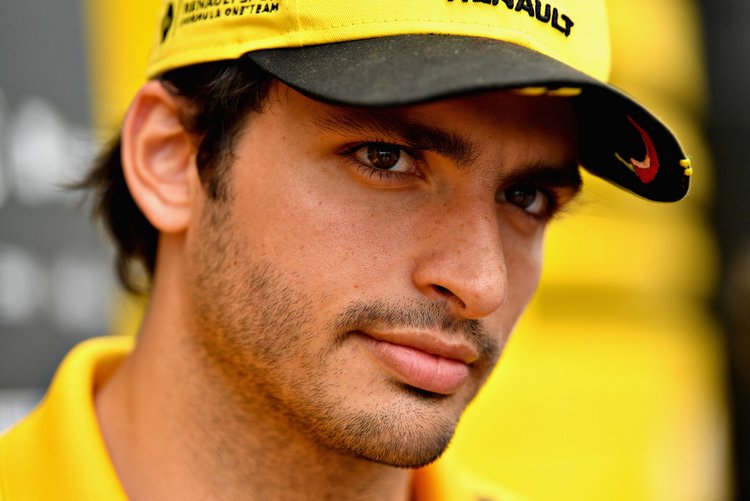 As a works team, Renault lags behind Ferrari and Mercedes in the pecking order, a fact that should come as no big surprise because their on-loan driver Carlos Sainz revealed that the French team can improve their package in just about every aspect.

In Austria, neither Sainz or Nico Hulkenberg scored points, while at power-hungry Silverstone the German finished the race in eighth while teammate Sainz suffered a DNF thanks to a shunt during the race with the Haas of Romain Grosjean.

Ten rounds into the 2018 F1 world championship, Renault lie fourth in the standings, but notably Ferrari customer team Haas outscored them by 32 points to 14 in the three races on back-to-back weekends.

Haas has not been helped by the fact that their driver Romain Grosjean is going through a wayward patch with a very handy car that has cost the American team big points this season, had he brought it home as his teammate Kevin Magnussen has done they could be ahead of Renault at this stage.

Speaking after the triple-header, in which Renault’s power units were left wanting, Sainz reflected, “Haas has been a surprise, but the target of Renault is moving that tiny bit more ahead, to that Red Bull and Ferrari. Ultimately the top three are still actually our target, in a way.”

Asked where improvements can be made, Sainz explained, “On the car side, every single aspect can be improved. I cannot point to one that cannot be improved at the moment in this team. And I say that as a positive, not as a critic.”

“But still, I think this team is prepared to be fourth in the championship. We still have a lot of upgrades to come. This is the good thing about being a big team. And I’m convinced we can bounce back,” insisted the 23-year-old.

Ahead of the German Grand Prix, Sainz (28 points) and Hulkenberg (42 points) will be boosted by aero upgrades as they target remaining fourth in the constructors’ championship, where they currently lie with a 19 points lead over Haas.

Sainz is on loan to Renault from Red Bull and is likely to remain with the French outfit beyond this season, as it is increasingly likely that Daniel Ricciardo will extend with the Bulls, while the Spaniard will be angling to bank a bigger pay-cheque for his efforts with a proper contract with the French outfit.

Big Question: Can Renault hold on to fourth in the constructors’ championship?