Hulkenberg: I’m German, I’m a machine, I just do my job! 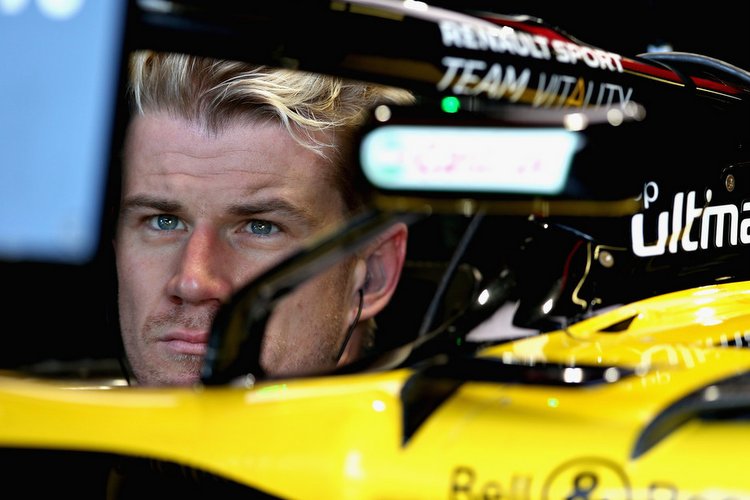 Nico Hulkenberg’s career to date has been something of an enigma, highly rated and respected among his peers yet he has never stood on a Formula 1 podium thus far in his career but that could change soon as he sees Renault as a force for the future.

In an interview ahead of the German Grand Prix weekend, Hulkenberg was realistic when summing up where he and Renault are in the pecking order this season, “At the moment we’re still quite far away.”

“In Canada we were lapped by the top six guys, which is obviously a lot, a big gap. But you need to see the progression since Renault came back. From last year to this, we’ve made really good improvements.”

“The big teams are doing a very good job and they have huge budgets, huge resources, so it’s hard… it’s also naïve to think that you can just catch them up like that over one or two years.’

“It takes time, because it’s in every detail. We’ve made good progress and we’re not lifting off the throttle, we will keep on pushing.”

Hulkenberg has normally had the better of his teammates, but Carlos Sainz’s arrival in the team was a wake-up call for the German who had to raise his game relative to the pressure he was getting when Jolyon Palmer was his teammate.

But The Hulk has his own opinion, “I don’t really agree with that. I think last year, yes, I was more comfortable, let’s say I was always clear. But I don’t feel that having a team-mate closer to you makes you find extra stuff.”

Looking back at last year, I’m pretty confident that there was not one instance in qualifying or the race where I underperformed because of that.”

“I don’t see it because of my own ambition, my own challenge is to always get the best out of me and my car. I don’t need someone to push me to do that. I’m German, I’m a machine, I just do my job!”

Renault have lagged behind Mercedes and Ferrari in the power unit stakes, but the goal is to slug it out for victories and titles in the future, how far ahead that is only time will tell.

Hulkenberg might have been an option for Mercedes and Ferrari at some point, there was talk at some point of a deal to drive for Maranello but nothing ever materialised. However, Renault came calling and the rest is history.

“I’m very happy here,” admitted the 30 -year-old, “I can see that they want what I want, and that everybody is pushing in the same direction and that, for me, is important. To be able to see and feel the progress.”

“It takes that kind of time, the same for Ferrari years and years ago, for Red Bull and for Mercedes. When they came back in 2010, Mercedes started to dominate only when we changed to the new regulation cars, but before that there was a four-year time period leading up to being the best in the game.”

“You need to be in the right car to be winning and win races and to go for the championship. Of course, I feel I have what it takes, and I am confident I can deliver if I have the right car one day. So far, I haven’t, and that’s why I haven’t even been on the podium. Those are the facts. That’s the nature of this sport.”

Formula 1 has been dominated by Ferrari, Mercedes and Red Bull for the past half dozen years, with no other team coming close to victory.

Knowing this, he rationalised, “What are the alternatives? If you don’t like it you can walk away, but this is Formula 1, the best there is in the world. This is the best of racing, the best drivers are here, the best engineers.”

“This is where I want to compete and challenge other people and challenge myself. Even if I’m upset or not happy that I don’t have the winning car, the alternative is to leave – and I don’t want to do that. I love what I do and I’m good at it; I’m still chasing that dream, wanting to win races.”

“Right now, I have an excellent opportunity with Renault to work our way up there over the next few years and that’s very exciting for me and gives me a lot of motivation.”

Asked during the interview if this was the most enjoyable period in his career, Hulkenberg replied, “I think so, yeah. I feel good, I feel confident, and I’m probably doing the best driving of my whole career.”

The Hulk has made 145 grand prix starts since his debut at the 2010 Bahrain Grand Prix and scored 447 points. He won the Le Mans 24-Hours on his first attemptin 2015 with Porsche.

There was a school of thought that said when Carlos [Sainz] came into the team, it would be good for you because he would be the best team-mate you’ve had to date and that it would push you to another level. Have you felt that?

Going back to the performance gap between the top teams and those in the midfield, that’s something that’s existed for quite a bit of your career…
Yes, always.

Do you feel that a lot of you have missed out on big achievements because of that performance gap? If there had been a cost cap in place then it would have shrunk that gap.