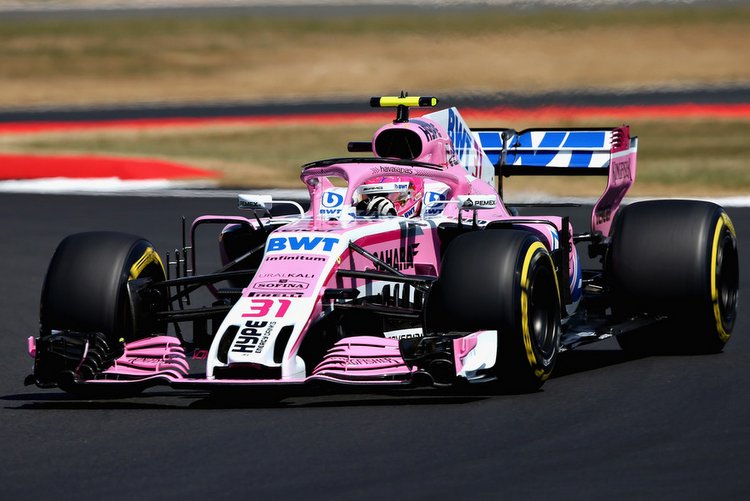 Force India preview the German Grand Prix weekend, Round 11 of the 2018 Formula 1 World Championship, at Hockenheim.

Sergio Perez: “Hockenheim is an amazing track in a country with so much racing history: it’s a race we really missed not having in the calendar last year. I remember the early years of my career, living and racing in Germany, and it’s always very enjoyable when I go back to visit. I really love German food too!

“Hockenheim is a track that gives you good overtaking opportunities, especially on the approach to the hairpin. You arrive there so fast and it’s a very big braking zone so it’s always a good place to have a go. It’s probably one of the best circuits for creating exciting racing.

“I was happy to rescue a point last weekend in Silverstone after a big recovery. The main focus for Germany is to have a clean weekend because if we maximise our performance we can be at the front of the midfield. There is a long way to go [11 races] and lots to play for. We are finding a bit more performance with each race and I still believe we can target fourth place in the championship.”

Esteban Ocon: “I feel ready for the final two races before the summer break. We have been finding performance as a team with strong results in the last few races and I want to have two good ones before the holidays.

“Hockenheim is one of the tracks I know the most. I have been driving there a lot in my career, first in F3 but also during my experience in DTM with Mercedes. It’s one of those historical tracks that are important for Formula One and there are always a lot of fans coming to see us with cards, messages and letters. It’s important to have a German Grand Prix and it’s always a special feeling racing there.

“I think the weekend can be a good one for us. The track should suit us because of the long straights and slow corners, so it’s a chance to score more points. I enjoy the circuit. It has good overtaking opportunities, especially the hairpin at the end of a long straight and the sharp left-hander a bit later. The racing is usually quite close so hopefully we will have an entertaining race on Sunday.”

Vijay Mallya, Team Principal: “It’s been satisfying to get both cars in the points for the last two races. It’s what we need to do for our fight in the constructors’ championship. Germany marks the half way point in the season and it feels as though we have some momentum now. The updates we introduced in Silverstone helped and there’s more performance to be unlocked. We’ve been a bit unlucky in the first half of the season, especially getting caught up in first lap incidents, so I think we are due a change in fortune. Scoring points in all of the remaining races is a realistic target, but I expect the midfield fight to get even closer in the races to come.”