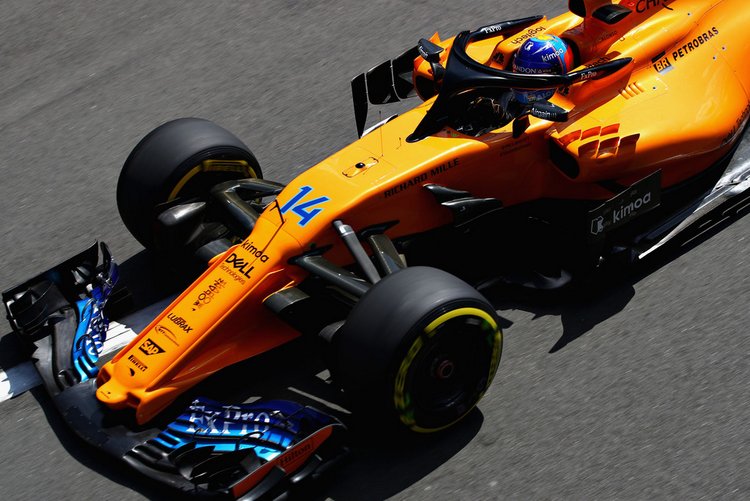 McLaren preview the German Grand Prix weekend, Round 11 of the 2018 Formula 1 World Championship, at Hockenheim.

Fernando Alonso: “I enjoy racing at Hockenheim and have won there three times so it’s great to be back after a break last year. The track is viewed as one of the classics, it’s fun to drive and there are a couple of overtaking opportunities – and an extra DRS zone this year – so hopefully we can fight with the cars around us.

“We know we need to work on our qualifying performances to give ourselves the best chance on Sunday, but we’ve also seen that during the race we can push forward and secure points, so the aim is to achieve the same in Germany next weekend.

“The next couple of races before the summer break are on very different tracks. We need to work hard, and do as much as possible to adapt our set-up for each of them to maximise our chances. We know this weekend won’t be an easy track for us but we’ll give it our best as always.”

Stoffel Vandoorne: “Although it’s the only grand prix on the current calendar that I haven’t raced at in Formula 1, I did race at Hockenheim in GP2 and got a podium, so there’s definitely good memories there for me.

“We know that the Hockenheimring is a challenging track, with long, fast straights that require a lot of power and also a slower, tighter section at the end of the lap where you need good car balance and traction out of the corners.

“The addition of the third DRS zone will mix things up a bit and the extra overtaking opportunity will hopefully mean an exciting race, where we can have some good battles for the fans. The German crowd really love their motorsport so I think there’ll be a great atmosphere there after two years away.”

Gil de Ferran, Sporting Director: “After the tough triple-header, the team have had a few days back with their families and friends before we go again with a final push in Germany and Hungary prior to the summer break.

“It’s great that Formula 1 is returning to Hockenheim for the German Grand Prix after two years. Both of our drivers have experience at this track and its revered as a real racer’s circuit.

“Given that none of the teams have visited this circuit for two years means Friday will be a busy day on-track for us all, as we work hard to correlate our sim work and fine-tune our package for Saturday and Sunday.”