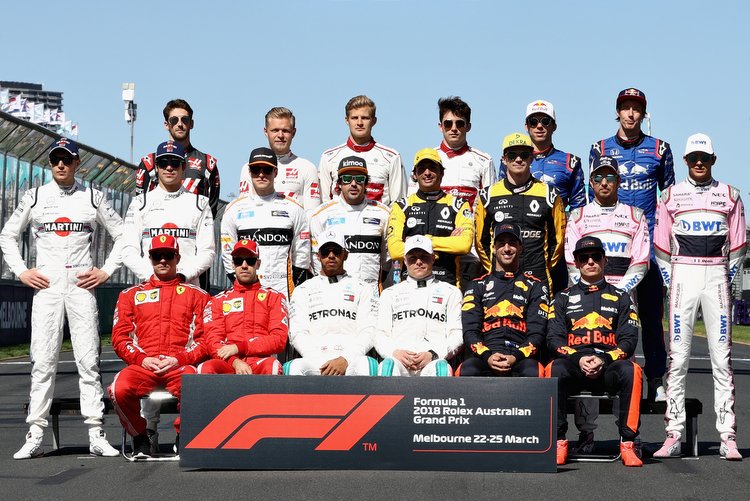 Lewis Hamilton, Fernando Alonso and Daniel Ricciardo are among the drivers who are set for new contracts as they renew with there respective teams which are set to shake-up the pecking order of driver salaries by the time the dust settles.

Four times Formula 1 World Champion Lewis Hamilton is negotiating a deal that will dwarf the mega-deal he already has with Mercedes who in turn are wanting a long-term commitment from the Briton. They should both get their way.

Currently, Sebastian Vettel is the highest earning driver in Formula 1 banking more than what three-quarters of the drivers on the grid earn combined which should continue until the end of his current contract with Ferrari in 2020.

Fernando Alonso’ s $30-million per season deal with McLaren deal is unlikely to happen next year. Word is that the Spaniard is already bartering a chunk of his salary for signage on the car for his clothing startup Kimoa.

Ricciardo, 28, is angling for $12-million a season from Red Bull, which would be a couple mil more than his 20-year-old teammate is banking, but it would be hard to imagine that such an amount would be a deal breaker for either party.

Valtteri Bottas is likely to remain in silver and earn a similar amount to what he banked last year, while Kimi Raikkonen’s future is uncertain however it is unlikely that Ferrari will lob in another forty big ones for his services next year. They could fast-track young Charles Leclerc for a fraction of the price.

Apart from Verstappen, Stoffel Vandoorne is on the best package of the young guns and, despite being in only his second year and woeful one at that, is oddly earning more than the likes of relative veterans Nico Hulkenberg and Sergio Perez.

Pierre Gasly is part of the Red Bull driver programme and doing his time at Toro Rosso as is Carlos Sainz who is on loan to Renault, would the French outfit want to bank on the Spaniard for the future it is sure they will have to dig a bit deeper into their wallets to retain him.

Charles Leclerc is paid from the Maranello coffers for his services at Sauber where the Italians are grooming him to step up to the Scuderia at some point in the future. Why not next year?

For a kid who lived with his family in a motorhome, Esteban Ocon is well compensated by Mercedes who have him placed with Force India as a hedge bet for the future.

At Williams, they lob off $1.2-million off the $20-million or so that Lawrence Stroll pays to keep his lad Lance in a drive and pay it straight back to the teenager while rookie teammate Sergey Sirotkin gets a million for his services.