Vettel: I cook, I do the school run, I go shopping, I take the bus 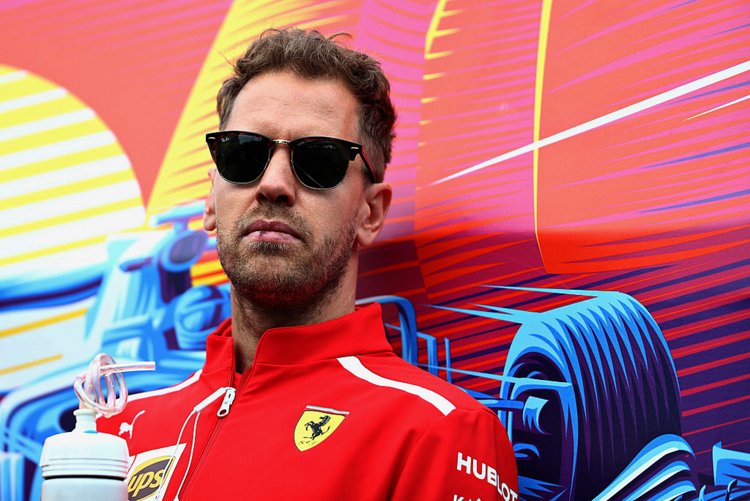 Ferrari driver Sebastian Vettel is intensely private when not spending weekends in the high-powered spotlight of Formula 1, in a wide-ranging interview with The Guardian the four times Formula 1 World Champion opens up as he has seldom done this year.

Helped by his most recent victory at the British Grand Prix, his second at Silverstone, Vettel leads the championship standings by eight points after ten rounds from arch-rival Lewis Hamilton and is relishing the ups-and-downs of a most unpredictable contest that has unfolded this season

His Formula 1 record is stellar with four world titles and 51 victories in 216 grand prix starts. He made his debut at the 2007 United States Grand Prix (aged 19 years) and is now tied with Prost in third on the most F1 wins list. He has started from pole 54 occasions which he turned into podiums on 105 occasions.

Now at 31-years of age Vettel knows little other than a life mixed with the inevitable glare of Formula 1 and the self-imposed exile of his private life, “Obviously F1 is a big part of my life but it is not the most important thing. It is not who I am, it is what I do. They are linked but it is important there is a lot of time where it doesn’t define who I am.”

“I don’t feel special because of what I do for a job. It is part of me, my identity but it would be the wrong answer if I asked myself: ‘Who are you?’ and I said: ‘I am an F1 driver.’ I am a lot of other things as well. It doesn’t define me as a person.”

Vettel lives in Switzerland with Hanna Prater with whom he has two daughters, Emilie (4) and Matilda (3) who are seldom at the races and when they do attend they avoid the paddock and sit in the stands.

“I am happy to do things that people think are boring but for me they are not, being at home, mowing the lawn. I cook, not so good, but from time to time. I do the school run, I go shopping, I take the metro and the bus.”

“I am sportsman, I am not celebrity. So when I go somewhere and somebody recognises me I think they are interested in sport and not in how I do my hair, or which shoes I am wearing or that bollocks.”

“People would be surprised. They have the image that drivers under the helmet are all ‘Arggh’. You have to be calm in the way you drive because it takes all your concentration. But of course I am excited at times and feel the adrenalin.”

“I think it’s just normal to be normal,” concluded the German with a smile on his face, targeting his fifth world title this year – his first with Ferrari.