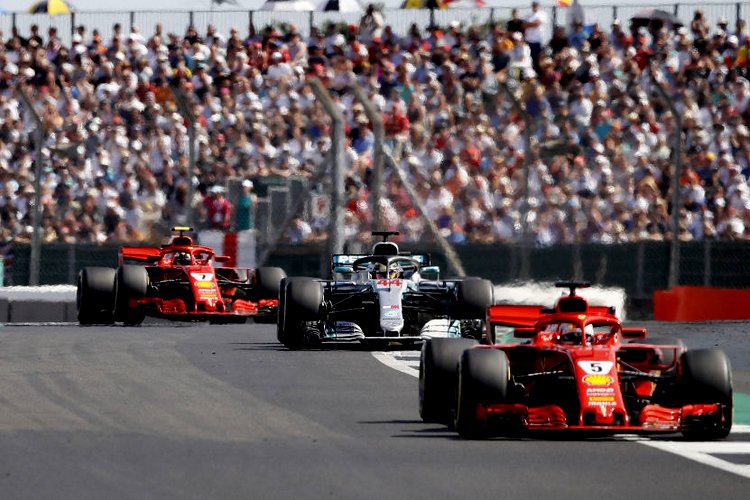 Amid suggestions by Mercedes that Ferrari employed dirty tricks on the opening lap of the British Grand Prix, Jacques Villeneuve has stirred the pot further by suggesting that Kimi Raikkonen’s 10-second penalty would have been less severe if he hit Valtteri Bottas instead of Lewis Hamilton.

Much has been written about the accusations, retractions, outrage, apologies etc that have characterised this saga, but Villeneuve has another spin to add to the tale.

Working as a pundit for Sky Italia, the Canadian said after the race at Silverstone, “I don’t understand why it’s 10 seconds, and another time it’s five, sometimes it’s nothing. That’s what’s wrong. It’s racing. I don’t like it when there are racing penalties, it should be for dirty driving, which is a different thing, or stupid driving.”

“They decided that it’s Lewis, we’re in the UK, he’s fighting for the championship, that’s worth 10 seconds. If it had been Bottas, it would have been five seconds, that’s the thing. Sometimes you see things like Verstappen in Austria when he touched Kimi.”

“Why wasn’t that a penalty? Just because Kimi didn’t go off? If Kimi had gone off, then it would have been a penalty? That’s what’s wrong, it’s the action that matters, not what happens after the action, ultimately,” added Villeneuve.

On lap one of the race at Silverstone, Hamilton was spun around by Raikkonen and thereafter stormed through the field to finish second behind race winner Ferrari’s Sebastian Vettel.

“He finished second after a crappy start, so he should be happy with that, because he wasn’t going to win this race. Nothing to complain about,” reasoned Villeneuve.