Hartley: I’m not a believer in superstition, but… 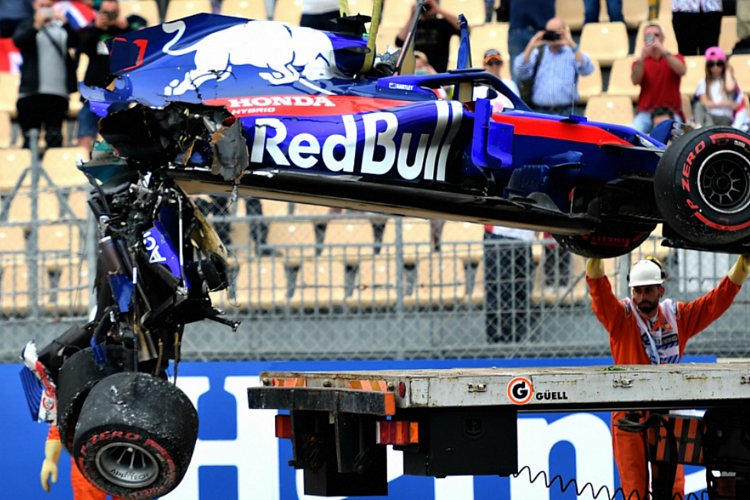 New Zealander Brendon Hartley cannot catch a break, his run of bad luck and misfortune at the wheel of the Toro Rosso conjures memories of his legendary countryman Chris Amon who never won a grand prix and is regarded as the best driver never to do so, but luck was seldom on his side.

Hartley’s luck deserted him completely during the British Grand Prix weekend, first, he was lucky to walk away from a huge crash in FP3 caused by a suspension failure on his Toro Rosso. It was a  big one, jaw-droppingly big, ask his mate Daniel Ricciardo.

Thankfully he walked away from that, but the team grafted hard to repair the wrecked Toro Rosso only to discover a technical issue on race day during the recce lap forced the team to retire the car, a DNS for the hapless 28-year-old.

In the wake of his unfortunate weekend at Silverstone, Hartley mused, “I’m not a believer in luck or superstition, but I think it’s definitely fair to say that the last few weeks have been unlucky for me.”

“It was all out of my control this weekend – the suspension failure yesterday in FP3, and another technical issue before we could even start the race, so there’s not too much to comment on the past two days.”

“It’s disappointing, but I’ll hit the reset button now, take a couple of days to relax and prepare for the next race. I’ve got full trust that all of the people in Toro Rosso will be working hard over the next two weeks, as will I, to improve and show our maximum in Hockenheim.”

As likeable as he is, Hartley’s career at the top flight has not been stellar considering he is a double WEC champion and a Le Mans winner.

Much was expected of him as a highly respected driver at all levels but amid his first full season on the F1 grid, it would be fair to say he has yet to convince or deliver, while luck has conspired against him.

Unlike Hartley thus far, Amon had a long career and illustrious career in motorsport. He made 96 grand prix starts and finished on the podium 11 times, but never won, driving for the likes of Ferrari, BRM, Matra and Tyrrell, winning Le Mans in a Ford GT he shared with Bruce McLaren.

Hartley can only wish for 100 starts in the top flight, however, the pair share a common trait and whether you are superstitious or not it’s simply called: bad luck!

Nevertheless, it is good Hartley is not superstitious every time he steps into the STR13…