Lauda: Without the crash Hamilton would have won 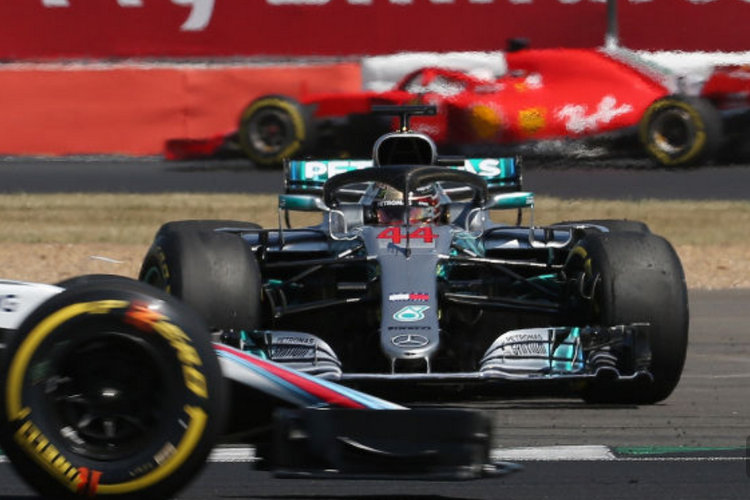 Mercedes continue to stir the pot in the wake first lap incident between Lewis Hamilton and Ferrari driver Kimi Raikkonen at the British Grand Prix which has left the German team unimpressed and suggesting a conspiracy of sorts.

It all began a two weeks before the race at Silverstone when Vettel clattered into Valtteri Bottas on the opening lap of the French Grand Prix, whereupon the German was given a five-second penalty for his errant ways.

On Sunday, during the British Grand Prix at Silverstone, it was Hamilton on the receiving end of Raikkonen’s over-ambitious move, and as a result, Hamilton dropped to the back of the field,

Thereafter the reigning world champion drove a spirited race to claim second place behind Vettel but immediately after the race, the local hero kicked the hornet’s nest by questioning Ferrari’s tactics.

Simultaneously Mercedes boss Toto Wolff could not contain his anger and added fuel to the conspiracy with his post-race comments, which was treated with disdain by the Ferrari camp.

Despite Raikkonen’s apology and a notable cooling in tensions, Lauda remains unimpressed and told Sky Sports, “Lewis did an incredible job, no question about it. Everything was going right. ”

“The accident was unfair basically because it’s the second time a Ferrari hits us in the first corner, and it’s not funny but that’s the way it is.”

“First of all it was wrong when they gave Vettel five seconds,” Lauda pointed out with reference to the first lap incident at Paul Ricard. “At least now they gave Kimi 10 seconds. The stewards realised what’s going on here.”

“That’s the way it is. It should not have been, but for me, Lewis’s job, being last, coming all the way to second, shows what performance he had here. Without the crash he would have won the race,” insisted Lauda.

Big Question: Would Lewis have been the winner at Silverstone without the Kimi tap?