Arrivabene: James Allison should be ashamed 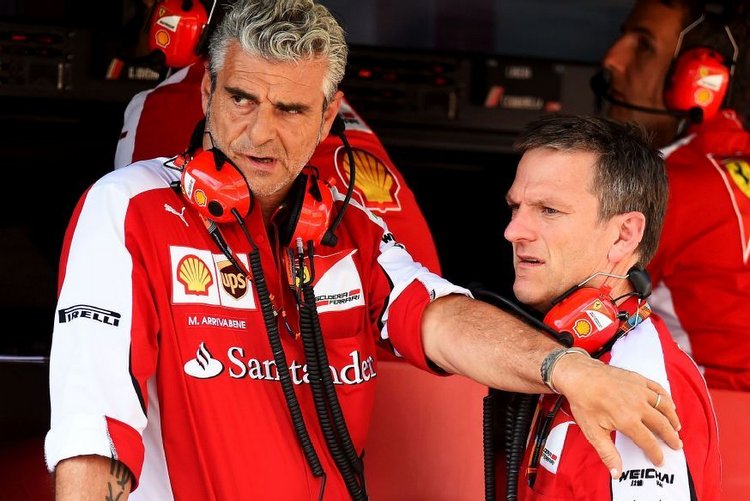 Mercedes chief Toto Wolff is not shy to throw his crew under the bus, this week it was the team’s technical boss James Allison whose “deliberate or incompetence” quote was used by the Austrian when strongly hinting to media that Ferrari team tactics were questionable.

The suggestion was that Kimi Raikkonen’s first lap shunt with Lewis Hamilton was deliberate, which triggered an incensed Maurizio Arrivabene.

So much so that the media-shy Ferrari team chief, after the race at Silverstone, sought out Sky Italia TV team, to scold Allison, “Who is incompetent? Kimi? Who is he to judge what the drivers are doing in the car? If he really said something like that, he should be ashamed!

“Allison worked at Maranello for many years, but now we are here in England teaching him to be a gentleman. I accept it from [pundit] Jacques Villeneuve because he was a driver. But this guy?”

Red Bull’s Christian Horner is sitting on the fence and relishing the dual between the archrivals, “When you have that growing tension, speculation is unavoidable when these incidents occur.”

“But I believe it’s nothing more than a racing incident. I would be surprised if there was anything else or if Kimi is that kind of driver,” added Horner.

After the race Raikkonen, who received a ten seconds penalty for his role in the incident, was quick to admit his mistake, Hamilton has since accepted this as an apology and gone out of his way to diffuse the growing tensions.

Sebastian Vettel went on to win the race, with Hamilton recovering from last to claim second place and Raikkonen coming home third, with both Ferrari and their German driver extending their lead in the constructors’ and drivers’ championship standings after ten rounds.

Wolff’s name dropping came a week after chief strategy James Vowles was hung out to dry by Mercedes when he admitted, live to millions, over the radio that his tactical gaffe cost Hamilton at the Austrian Grand Prix.