Hamilton: Kimi said sorry, I accept it and we move on 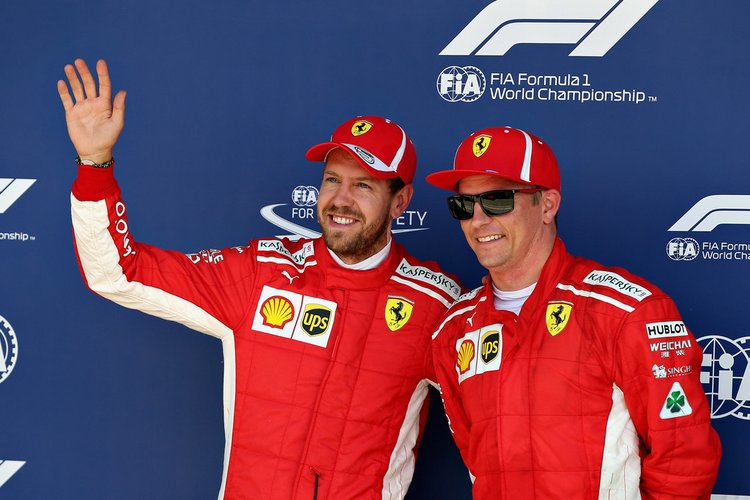 Formula 1 champion Lewis Hamilton has accepted an apology from Ferrari driver Kimi Raikkonen and recognised that their first lap collision in Sunday’s British Grand Prix was a racing incident and not deliberate.

The Mercedes driver, who fought back from last to second after being sent spinning at the third corner by the veteran Finn, had spoken immediately after the race of the Italian team’s ‘interesting tactics’.

Mercedes team boss Toto Wolff had suggested two collisions between Ferraris and his cars in three races were either deliberate or incompetent.

“Kimi said sorry and I accept it and we move on. It was a racing incident and nothing more,” Hamilton posted on Instagram. “Sometimes we say dumb shit and we learn from it.”

Wolff’s comments had angered Ferrari principal Maurizio Arrivabene, particularly as he had referenced former Ferrari technical director James Allison, who is now working for Mercedes. “In James Allison’s words, ‘do you think it is deliberate or incompetence?’. So this leaves us with a judgement,” the Austrian had said.

Arrivabene told Sky Italia after the race that Allison should be ashamed if he had said that, “We’re here in England, sometimes they want to teach us how to be gentlemen, and he should start first. Really, this annoyed me so much.”

“It’s been a beautiful battle, a battle that I think the audience appreciated, there will be other battles where most likely Mercedes will win and this is a lesson for us to stay classy, a thing that they haven’t done today.”

Mercedes defended Allison on Twitter, emphasising he had not spoken to media and there had merely been a ‘jokey conversation’ during the race that Wolff repeated and that had been misinterpreted.

“We know it was just a stupid mistake on Kimi’s part. Like Seb in France. It’s the race but it’s still annoying twice on three GPs,” the team said.

Vettel now leads the championship standings by eight points and Ferrari top the constructors’ table by 20, leads that increased at Silverstone, the tenth round of the championship.