Williams: We have a phenomenon never seen before 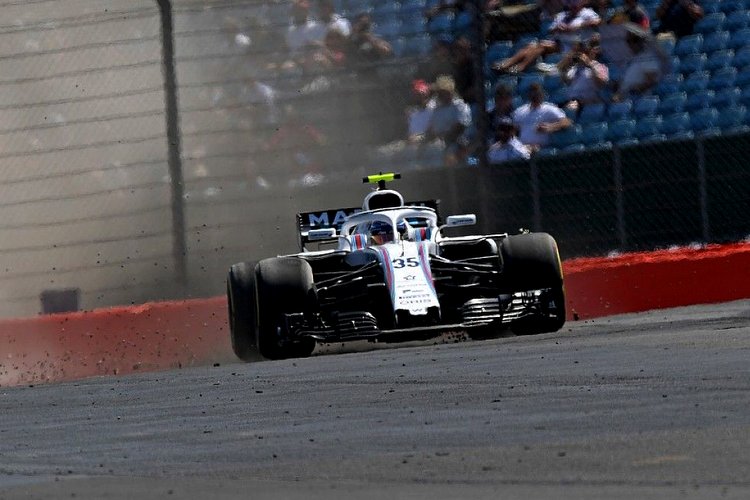 The Williams FW41 chassis in full flight is so bad that some of the things it does are so inexplicable that the team’s technical chief Paddy Lowe has dubbed what’s happening with their car as an aerodynamic “phenomenon” that has never been seen before.

After shedding the engineers responsible for one of the worst Williams F1 cars in their history, the team are now struggling to provide their inexperienced drivers, Lance Stroll and Sergey Sirtokin, with a half decent car.

On Saturday Stroll spun out of Q1 as his car snapped out of control when the new phenomenon bit hard and as a result the young Canadian was left beached, out of qualifying without setting a time.

In the adjoining garage, Sirotkin was slowest qualifier in 17th. His lap time was two-tenths off the next best ahead of him and a whopping 2.4 seconds shy of Lewis Hamilton’s pole-winning time.

Lowe reported afterwards, “We have a phenomenon which we have not seen all year, or indeed ever before, whereby the DRS activation intermittently causes a complete loss of aerodynamic floor loading which does not recover at the entry to the subsequent corner.”

“In the case of both spins, the cars entered the corner with no load in the floor which had obvious consequences. We came to this event with a number of new bodywork items which we evaluated during FP1 and FP2.”

“This new DRS-related phenomenon was seen only once in FP1 on one of the cars but was incorrectly diagnosed to be related to a particular configuration which we chose not to carry forward into FP2 and for qualifying and the race.”

“We must now understand exactly what change in the cars caused this phenomenon which is entirely related to the use of DRS,” explained Lowe.

Stroll was bemused and resigned to his plight as he contemplated his brief session, “I did the exact same thing I had been doing all weekend into corner six and the car just snapped, really aggressively.”

“We have been fighting stability problems all season as the car is very unpredictable and we have to look into it in more detail. It was just odd, as it was so aggressive and I was quite shocked at how it happened so suddenly. Then, I was buried in the gravel and there was nothing that I could do.”

Rookie Sirotkin described his reality, “This weekend, even with an ideal lap, we would still be six tenths off making it into Q2. That is the probably the most disappointing thing for us.”

The team announced on Sunday morning, ahead of the race, that they have changed the rear wings on both their cars, meaning that their drivers will start the British Grand Prix from the pitlane.

A miserable race beckons for the once mighty Williams team, in front of the partisan crowd at Silverstone, where in the past they have enjoyed great success with ten grand prix victories on home soil.

Team chief Claire Williams sympathised with her drivers when she told Daily Mail, “They keep putting their helmets on and getting into that car which is pretty evil. I wouldn’t want to get into it.”