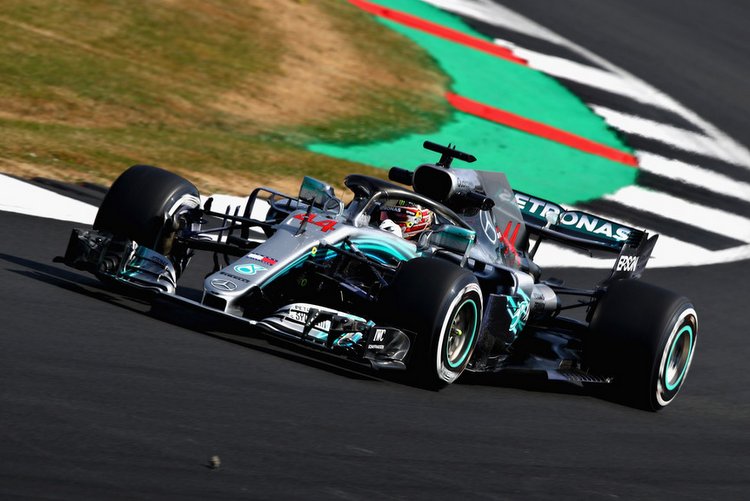 Mercedes driver Lewis Hamilton set a scorching pace around Silverstone to claim the top spot on the timing screens at the end of the first free practice session of the British Grand Prix weekend at Silverstone.

The session was marred when Romain Grosjean crashed his Haas when he lost control through the high-speed DRS-enabled Turn 1, upon which he admitted his mistake over the radio as he added another line to a long list of expensive incidents this year.

Hamilton’s best lap time of 1:27.487, set in front of a massive Friday crowd under the bright sunshine, was over three-tenths faster than his teammate Valtteri Bottas in second place, and half a second up on championship leader Sebastian Vettel who was third in the Ferrari.

Red Bull’s Daniel Ricciardo, among the drivers who did the most mileage in the 90-minutes morning session, ending fourth and six tenths shy of the top time. His teammate Max Verstappen was sixth but suffered a gearbox failure late in proceedings.

Interestingly team chief Christian Horner estimated that the Renault power unit power deficit to Mercedes was around 0.9 of a second.

Splitting the Bulls on the timing sheets was Ferrari driver Kimi Raikkonen in fifth.

Despite his mishap, Grosjean was best of the rest in seventh, albeit a huge 1.8 seconds shy of the top time ahead of the Force India pair of Sergio Perez and Esteban Ocon eighth and ninth respectively – 2.3 seconds off Hamilton’s benchmark pace!

Lance Stroll found the sweet-spot on his Williams to claim the tenth fastest time, but his rookie teammate Sergey Sirotkin did not and was a second off the Canadian’s best and slowest of all.

Best of the McLaren boys was Fernando Alonso in 17th and Stoffel Vandoorne 17th, the pair in the same space on the timing screens as the Renault duo whose Carlos Sainz was 16th and Nico Hulkenberg 19th. 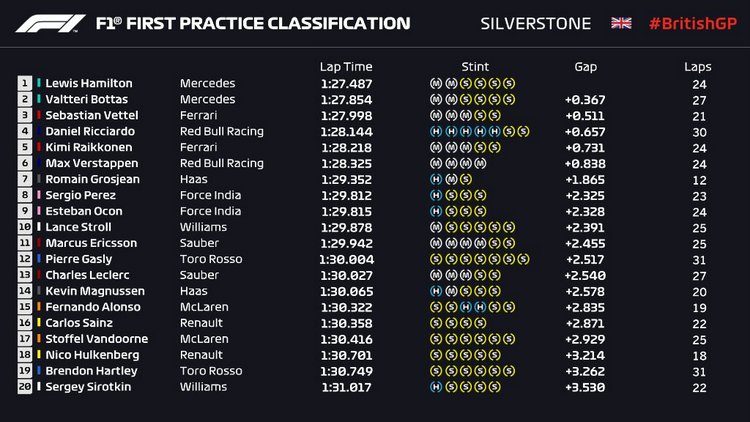