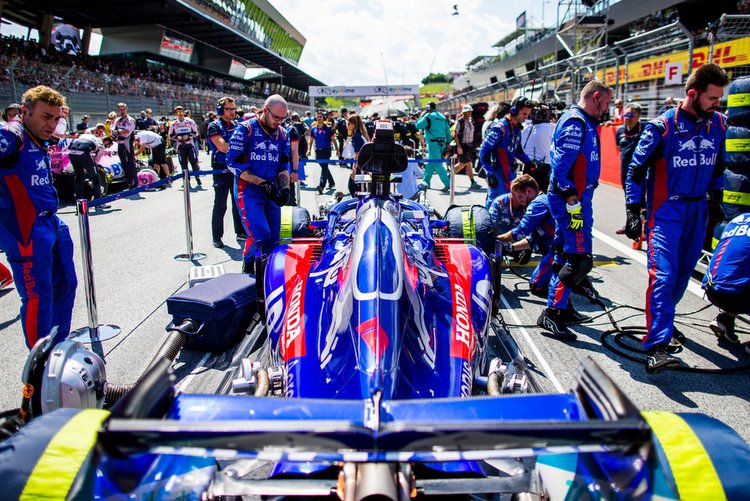 Brendon Hartley: “I have good memories of living in Milton Keynes, not far from Silverstone, for seven years or so, which was a big chunk of my life. That whole area is in some ways the home of Formula 1, because a large percentage of the race teams are based close by and our own Toro Rosso aero facility is just down the road in Bicester. As for the circuit itself, I have raced there many times and have some good memories.”

“Silverstone has so much history and it’s a very quick track where everyone loves Copse, Maggotts and Becketts corners. The track has been resurfaced for this year, so there will be even more grip than in the past. The fact there are a lot of high speed corners means it is very hard to overtake here, so qualifying will be a high priority. I think we can be in good shape following the power unit upgrade that came in Canada, and then the aero update in Austria also arrived at the right time because at this track you need as much downforce as possible. I’m looking forward to tackling this circuit in a modern Formula 1 car, because it’s going to be crazy quick. Silverstone is a real driver’s track and it has often produced great racing especially when the weather is at play: it’s one of the originals and it has a lot of character and a great atmosphere. I’m hoping for a strong weekend and some better luck than in recent races.”

Pierre Gasly: “In some ways, it will be strange for me to go back to Silverstone. The last time I raced there was in 2016 when I took my first ever GP2 win. To do that was great, but it was also the weekend when I was involved in a road traffic accident in a car with my parents. It was a very big crash on the way to the track on Friday and I broke a vertebra. But my mother was far more seriously hurt, spending two months in hospital in intensive care and she came close to dying. So over the weekend, I went through all sorts of emotions.”

“As for the circuit I really love it. The layout is very complicated and features some legendary corners. Going through the run of Maggotts and Becketts in a current Formula 1 car is going to be really impressive. Plus, there is always a very special atmosphere here with all the enthusiastic English fans. It makes for a really top weekend and I’m really looking forward to it. We’re staying in Bicester, which is where Toro Rosso has its wind tunnel and before the weekend gets underway, I will be making my first ever visit to Honda’s F1 facility in Milton Keynes. I plan to motivate everyone there to keep pushing hard to keep making progress for the rest of the season. On the Wednesday, all the Red Bull drivers are invited by Christian Horner to take part in a clay pigeon shooting event, which will be a first for me and I’ll be trying not to shoot anyone by mistake! I actually lived in Milton Keynes, not far from the track for a year and a half a few years back. I spent a lot of time working in the Red Bull Racing simulator, so it’s nice to go back there.”