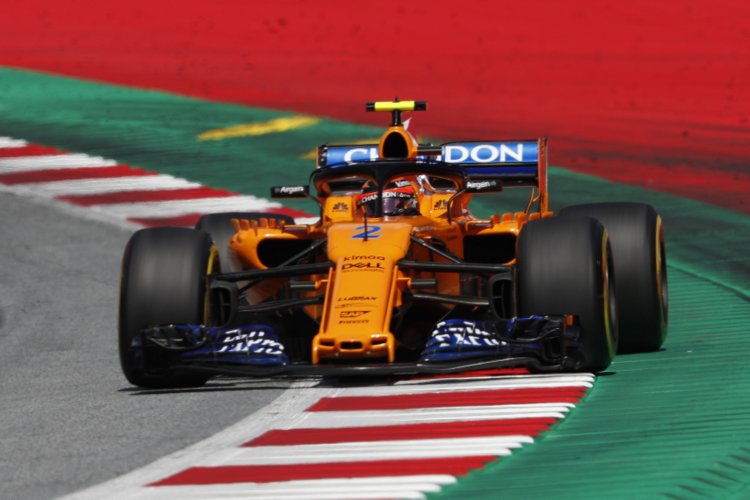 McLaren drivers preview the British Grand Prix weekend, Round 10 of the 2018 Formula 1 World Championship, at Silverstone.

Fernando Alonso: “It’s always special to race at the British Grand Prix – the fans are incredibly passionate and knowledgeable about the sport, and as a McLaren driver we always receive massive support from the British crowd.

“It’s also one of the best tracks of the year, a hugely exciting challenge for the driver, and a great amount of history that has made it one of the classic grands prix on the calendar. It has some of the best corners of any circuit in the world, and it’s mega when you get it just right – even more special when you can push lap after lap.

“We managed to maximise everything we could in Austria to bring home some points and, although Silverstone is a tough track, I hope we can put together everything we’ve learned and do the same at the British Grand Prix. Hopefully the support from the home crowd will also give us an extra boost to end this trio of back-to-back races.”

Stoffel Vandoorne: “I’m really looking forward to returning to Silverstone for the team’s home race. I love driving this circuit, and the famous Maggotts-Becketts section really is one of the best sections of track, that all the drivers love to drive to the limit. The weather is always a little bit unpredictable, and both the fast, flowing first sector and also the tighter, twisty infield sections feel very rewarding when you get them right.

“Everyone in the team has worked incredibly hard during this tough triple-header and it’s nice to be able to finish it with a race closer to home. We’re pushing hard to get new components ready for this weekend so we can get the most out of our package. It’ll be interesting to see how these tyre compounds behave on the new surface so it’s important we get a read on that as soon as possible.

“I’m hoping for a better weekend in front of our home crowd after a difficult race in Austria. We showed there was good potential for Sunday but after a tough start we were then hampered by car problems, which hopefully we can iron out for the final race of the triple-header, in front of the British fans.”