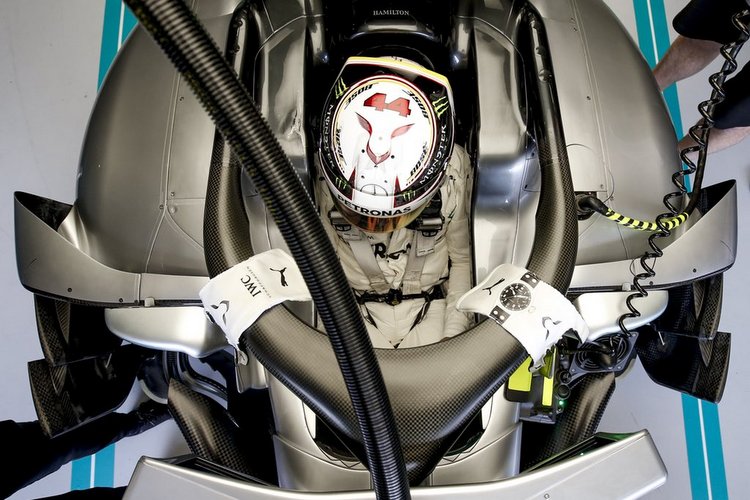 Silverstone – venue for this weekend’s British Grand Prix – is a unique racing track featuring some of the most exciting corner complexes of the year which test the cars to the limit, especially in the Aerodynamic department.

At the same time, since the new chassis rules were introduced in 2017, this is one of a number of circuits which has become much more power sensitive. Indeed, Copse (Turn 9) will likely be flat-out for the leading teams, as will Turns 10 and 11.

The presence of four reasonably long straights, together with many of the corners being flat-out, will push teams to run less downforce than their maximum level. This will especially be the case for Renault and Honda powered teams. The presence of spoon-shaped rear wings, which give a blend of medium downforce and good straightline speed, may be present on a number of cars – both Ferrari and Mercedes ran this concept in 2017.

A strong front end is required for the high-speed corners, with understeer proving severely detrimental to lap time. At the same time, there a number of traction zones, most notably out of Turns 3 and 4, while high engine power and Aerodynamic efficiency are rewarded as well.

Turn 7 – this slow corner permits multiple lines, including the extremes of a ‘v’ or ‘u’ shape. The racing line can also change depending on whether the front or rear tyres are the limiting factor to race performance. Turn 9 – Copse will be a significant performance differentiator across the midfield, whereas for the title rivals this should be flat-out.

Given the tyre compounds are effectively a step softer than last year, the Soft (similar to last year’s SuperSoft) and Medium (the 2017 Soft) should be the preferred race tyres. The Hard tyre is unlikely to feature prominently unless the predicted warmer weather increases wear and degradation rates noticeably. Some teams have not selected any extra Hard tyres, suggesting these outfits will stick to the softest two compounds. The most likely strategy will be a S-M/M-S one-stop. Interestingly, both Renault and Toro Rosso have chosen 10 sets of the Soft tyre, allowing them to focus more on qualifying performance.

Silverstone is certainly not the easiest track on which to overtake on the 2017 calendar, with the vast number of high-speed corners making following the car in front particularly difficult. However, aiding good racing is the new DRS zone along the pit straight and down to Turns 3 and 4, both of which are slow corners, before another DRS zone along the Wellington straight. The additional drag reduction region will reward driver bravery, especially in the race with high fuel, as drivers have the option of keeping the rear wing flap open through Turns 1 and 2.

The weather is expected to remain dry on all three days, with warmer than average temperatures being predicted. However, the wind is scheduled to change direction over the course of the weekend, especially from Friday to Saturday/Sunday, potentially complicating car set-up decisions after the first two practice sessions.

Given the use of the tyres with a lower tread depth, by 0.4 mm, and the performance of Mercedes at this race in 2017, the Silver Arrows must be the favourites for this weekend. Ferrari’s improved Aerodynamic efficiency may allow them to be more competitive than was the case last year, while the Scuderia are also rumoured to be preparing an Aerodynamic upgrade for this event. Red Bull are likely to struggle in qualifying with poor straightline speed, although on higher fuel their good cornering speeds and strong tyre management should make them more competitive.

In the midfield, Haas should perform better than the rest given the number of high speed corners, where the VF-18 excels. On the other hand, Renault will look to bounce back from a very poor weekend in Austria, where significant understeer issues hampered the Enstone team in high-speed turns. Force India are scheduled to bring an upgrade, originally planned for Paul Ricard, in order to regain some performance relative to their midfield rivals.