Ricciardo: I need a cognac to get over these sniffles 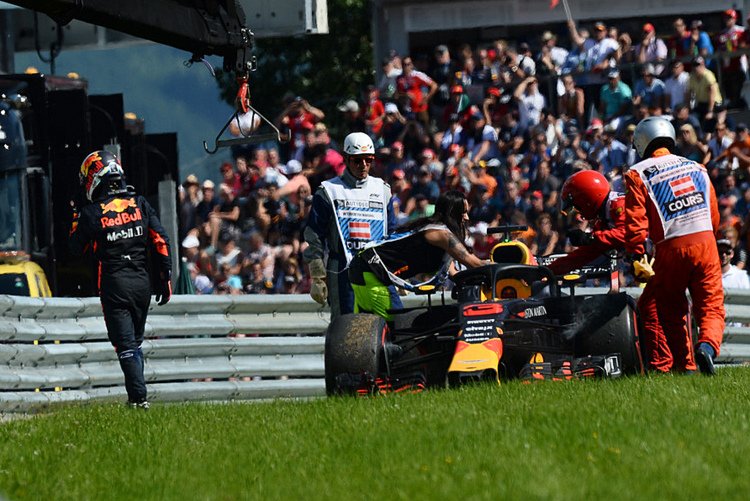 It wasn’t a happy 29th birthday for Daniel Ricciardo on the occasion of the Austrian Grand Prix, on the 54th lap of his race in Spielberg his Red Bull ground to a halt with an exhaust problem while his teammate went on to claim maximum points.

At one point both the Bulls looked set for a double podium finish, but it was not to be as Ricciardo explained, “I’m obviously disappointed with how the day went. At one stage it was looking like a one-two, but in all honesty, as soon as we put the softs on it didn’t feel like it gave me much.”

“Even though we were able to get Kimi, I didn’t feel like I was able to pull away and then I saw the tyre was getting torn apart. So we had to pit and that put us out of contention for the podium.”

“Then we had what I think was a broken exhaust which put me out of the race. I could feel something was wrong down the back straight before the last sector, so I mentioned it and then tried to do a procedure but the call came for me to stop.”

“I’m happy for Red Bull today, the team, the brand, the people, and happy for Max who has so many fans here. I saw Mr Mateschitz earlier and I can imagine what he is feeling right now.”

“Obviously, it’s not my day but from the team’s point of view, for the Austrians and for Max it’s a big day for them, so I’m happy that some part of the team will be celebrating today.”

As for the birthday bash, Ricciardo said, “I don’t think I’ll celebrate too much for my birthday but you know, maybe a cognac to get over these sniffles!”

The Australian heads to the British Grand Prix, this weekend, fourth in the championship standings with two victories on his scorecard so far this season.