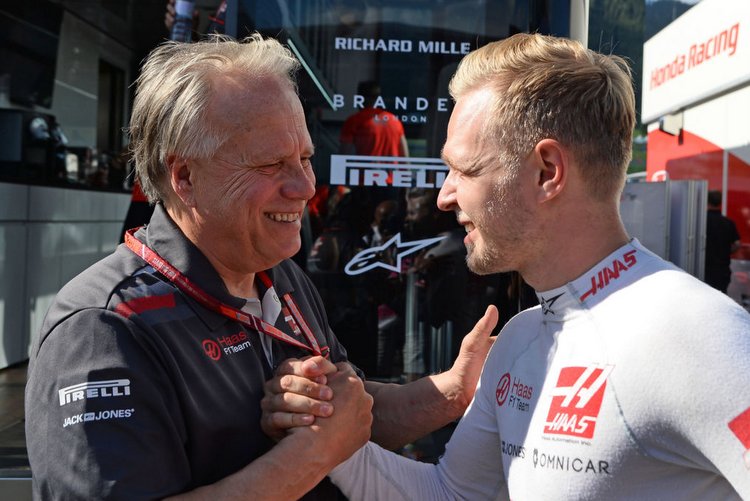 In the wake of his team’s famous 50th Formula 1 race at the Austrian Grand Prix, Gene Haas played down their most successful result to date by calling for five more similar results for there to be full redemption for results that went begging for the American team so far this season.

Romain Grosjean and Kevin Magnussen finally made the most of the handy Haas VF18 by finishing fourth and fifth at Red Bull Ring on Sunday. Upon crossing the line the Dane hollered into the radio: “Redemption for Australia.”

Magnussen was referring to the season’s opening race when he and Grosjean looked good for a similarly good finish only to be cruelly denied by pitstop blunders on the day.

Since then Magnussen has delivered consistently while Grosjean is emerging from a dodgy incident-packed patch. Spielberg put an end to his streak of mishaps and put him on the points scoreboard for the first time this season.

In the aftermath of deserved celebrations, with reference to Magnussen’s declaration, team owner Haas told ESPN, “It’s a one race redemption. If we can do it for five races, then maybe we’ve got something. I wouldn’t put too much into a single race success. There’s a lot of randomness in racing.”

Team principal Genther Steiner echoed his boss, “Everybody realised the potential the car has got, we just didn’t turn it into enough points. We had some points but we didn’t make enough. This time, we scored. We were lucky this time, by two dropping out or three dropping out in front of us so to finish fourth and fifth.”

“In the end, the car showed it was the best of the rest today, dominating that position. Everyone slowed down a bit at the end with the tyres, everyone was getting scared having a problem with it.”

“Everybody executed very good the whole weekend, we didn’t have issues. This was a good weekend, not just a good race or a lucky race. Good executions and the luck was the three in front of us went out. Otherwise, we would have been seventh and eighth,” reasoned Steiner.

Big Question: Could this be the turning point of Haas’ season?