Bottas: This luck I am having is like a bad joke 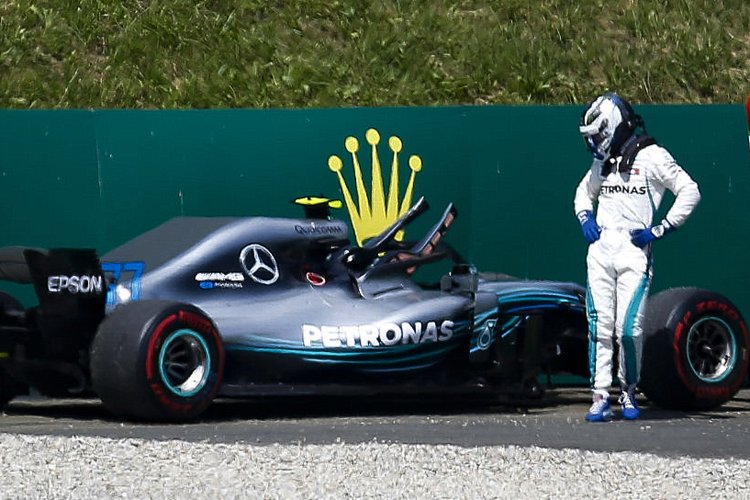 Valtteri Bottas dared to believe that he had a chance at victory in the Austrian Grand Prix, on Saturday he delivered a mega-lap to beat Mercedes teammate Lewis Hamilton to pole position at Red Bull Ring, but 24 hours later the Finn was on the back of a scooter heading back to the paddock.

Bottas, who suffered the first of two technical issues that sidelined both silver cars during the race, was understandably aggrieved, “The luck I’m having this year feels like a bit of a bad joke at the moment.”

He made a tardy start and dropped a couple of places in the first few corners before wrestling his way back to second place, chasing his teammate in the lead after a frantic opening lap. But 13 laps later the Mercedes coasted to a halt, the Finn’s race was over.

He summarised his brief race, “My start was not ideal; I had quite a bit of wheel spin and there was less grip than we expected, so I dropped a few places. Going into Turn 3, I could recover two places and was back in second place.”

“After that the car felt strong, we were running well, but then I suddenly experienced a loss of hydraulic pressure. There was nothing I could have done to prevent the DNF. We need to investigate and find the cause of the issues we had today, but I’m sure we will recover from this result.”

“I guess it was just not meant to be but one day it will be,” mused Bottas who heads to Round 10, at Silverstone this weekend, sixth in the championship points standings.