Villeneuve: Leclerc not ready for Ferrari 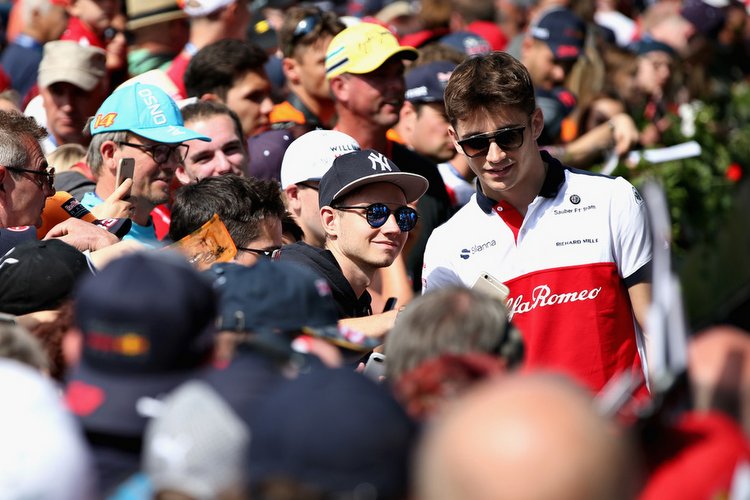 The Silly Season is in a tizzy this weekend in Austria amid a report that impressive Sauber rookie Charles Leclerc has inked a two year deal with Ferrari to replace veteran Kimi Raikkonen in the team next season.

According to the report La Gazzetta dello Sport, the Monegasque driver will be in red next season alongside Sebastian Vettel on the behest of big boss Sergio Marchionne.

The question mark regarding the legitimacy of the report is the fact that Ferrari would not need to negotiate a contract with the youngster because he is already a Maranello employee.

“On one hand, it’s a risky call by Ferrari, they could damage Leclerc if Sebastian beats him and on the other hand, they will have to make do without a driver to help develop the car. Kimi is the stable option.”

“If Sebastian has to develop the Ferrari alone next year, that’s a disadvantage. I would give Leclerc another year to develop and learn.”

“He’s in Ferrari’s junior squad anyway and has an existing contract. Therefore, there is no reason to rush him into the A-team, because right now you do not know how good he really is. He only has Ericsson as a yardstick,” added Villeneuve.

It would go against the Scuderia’s tradition if 20-year-old Leclerc was promoted to the senior team as more experienced drivers have tended to be preferred over young up and coming talent.

Although there have been exceptions, back in 1961 Enzo Ferrari gave young Ricardo Rodríguez a guest drive for the Italian Grand Prix at Monza.

The Mexican qualified a surprise second and the next day became the youngest driver (19 years and 208 days) in history to start from the front row, a record that wouldn’t be beaten until the 2016 Belgian Grand Prix by Max Verstappen.