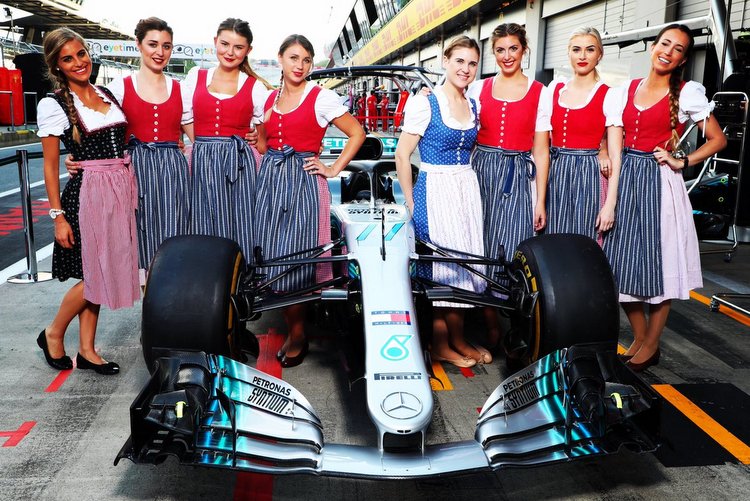 Sebastian Vettel drops three-places due to a penalty he received for impeding Carlos Sainz during qualifying for the Austrian Grand Prix, but he is not alone as Fernando Alonso and Brendon Hartley also dropped from their original qualifying slot.

McLaren’s Alonso will start from the pitlane after qualifying 14th, but a front wing change was required after it broke in Q2.

Hartley qualified 19th, thus Toro Rosso chose to employ a ‘tactical’ change of engine parts to minimise future penalties. He would have started 20th but Alonso’s pitlane start means the New Zealander will start from 19th.

At the sharp end, Vettel’s demotion promotes Kimi Raikkonen to third alongside Red Bull’s Max Verstappen who will line-up fourth. Vettel will join Haas’s Romain Grosjean on the third row. 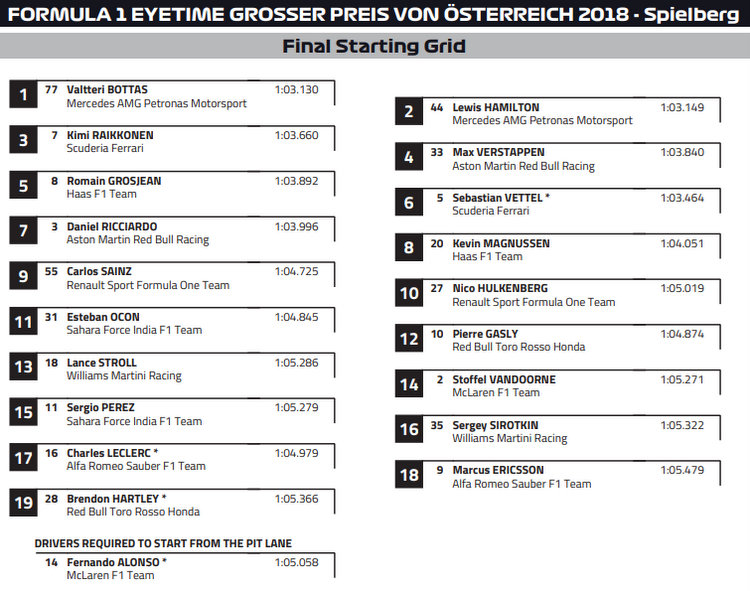