Hamilton: Our worst weekend in a long, long time 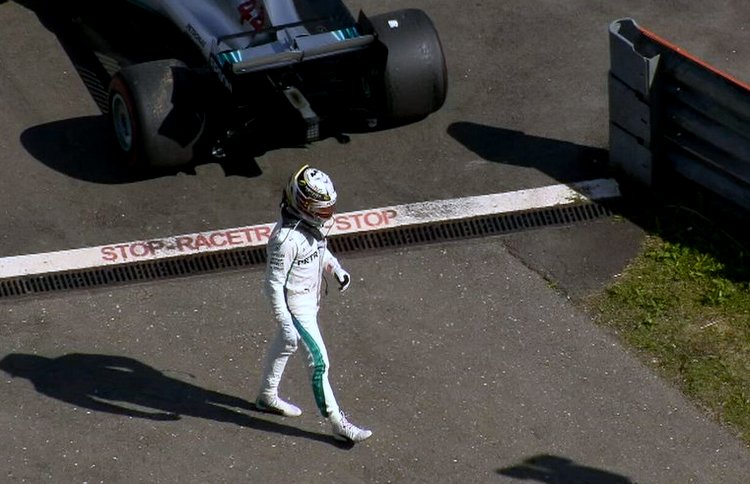 Since the advent of the Formula 1 turbo power unit era in 2014, Mercedes have never endured a double DNF as they did at the Austrian Grand Prix for which they started from an all silver front row but before the chequered flag waved both their drivers were back in the paddock.

Pole winner Valtteri Bottas parked his Merc on lap 13 and Lewis Hamilton lasted until lap 62 before he too was soon on a pit-bound scooter after abandoning his stricken car.

Afterwards, Hamilton told reporters, “I’m not going to lie, all areas we’re going to have to work on. The car has been great, we were quickest. But then to have two different faults is very unusual.”

“We can’t afford to throw away points. We need to find a bulletproof method to move forward for strategy because if our car had kept going it was an easy win for us, we were comfortably ahead.”

Hamilton arrived at Red Bull Ring with a 14 points lead and departed trailing Vettel by a point, while Mercedes slipped to ten points behind Ferrari in the constructors’ championship.

The Briton continued, “An unfortunate day. Everyone in the team is going to be feeling the pain but we’ve had such great reliability for so many years As painful as it is, we are professionals and we have to take the rough with the smooth.”

“This is definitely the worst weekend I can remember us having for a long, long time but I have every confidence in my team.”

Asked if reliability was a concern, Hamilton replied, “I feel fine about it. It is what it is. There’s nothing I can do about it, and all we do is move forward.”

“I’m looking forward to getting the car back and trying to understand what the problem is, and I know the guys will be working hard to rectify it and make sure it doesn’t happen again,” added Hamilton who heads to his home race at Silverstone for the final leg of this season’s tripleheader.