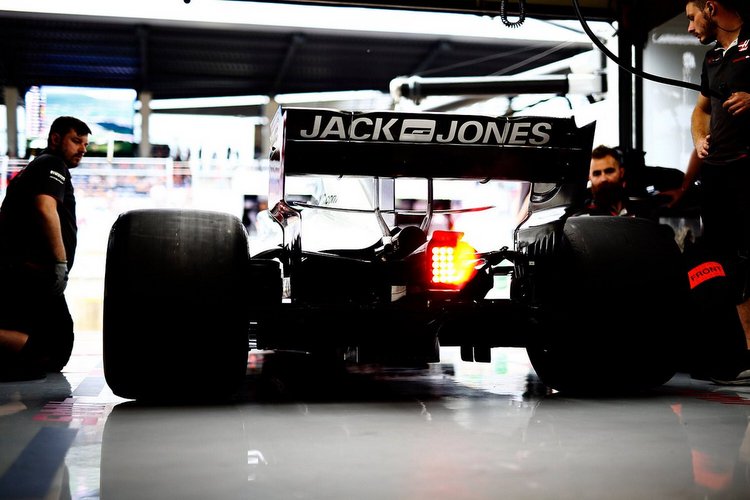 FIA race stewards handed the Haas team a €5,000 fine after they released Kevin Magnussen’s car with the right front wheel wobbling during the second free practice session for the Austrian Grand Prix at Red Bull Ring.

A few seconds after Magnussen was separated his pit bay the team realised the gaffe and ordered their driver to immediately stop, which he did.

Although stewards acknowledged that equipment malfunction caused the incident, they nevertheless fined the American team deeming them still culpable.

After reviewing the incident officials concluded:

“The Stewards reviewed the video and audio of the pit stop of Car 20 at 16:25 and heard from the team representative. The team admitted that there had been a problem, with the accidental triggering of the blue (“ok”) light on the wheel gun, falsely signalling that the wheel had been correctly fitted.”

“The Stewards determined that the car was released in an unsafe condition in breach of Art. 28.13(b) as the wheel was not properly attached to the car when released.”

“The team reacted instantly, instructing the driver to stop the car and the driver stopped the car in a safe manner immediately.”

“Consistent with previous decisions of a similar nature, the Stewards decided that the grid place penalty mentioned in the above Article would not be applied as the driver took all appropriate actions at the first available opportunity. Accordingly, the Stewards fined the team €5,000.”