Austria FP2: Hamilton and Mercedes have the edge 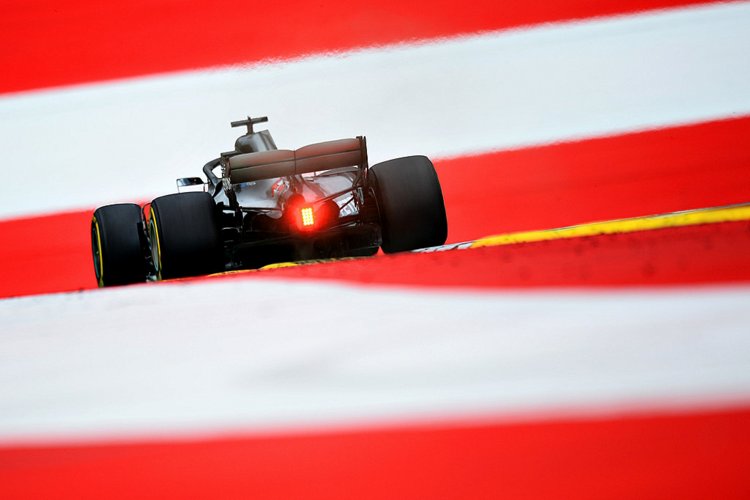 Mercedes driver Lewis Hamilton continued his streak of fine form by lapping around Red Bull Ring faster than anyone during the second free practice session of the Austrian Grand Prix weekend.

The reigning F1 World Champion set the best time of 1:04.579 which was a tenth and a bit quicker than his teammate Valtteri Bottas in second place, with Ferrari’s Sebastian Vettel third fastest and a quarter second shy of the top time.

Worth noting is that Hamilton’s best lap time was set using the yellow band Pirelli soft tyres (the hardest compound available in Spielberg) while his rivals had the soft rubber bolted on for their hot lap runs.

In terms of race pace Hamilton was up there too, but there was little to separate him and Vettel in the long run simulations, the Ferrari fractionally quicker on average.

Half a second down on the benchmark pace were the Red Bull duo with Daniel Ricciardo and Max Verstappen fourth and fifth respectively, with Ferrari driver Kimi Raikkonen a couple of tenths further back in the Ferrari.

Best of the Rest were the Haas duo, the Ferrari powered team showing strongly on the opening day in Spielberg, with Romain Grosjean in seventh and Kevin Magnussen eighth.

Pierre Gasly ended the session ninth, but the Toro Rosso driver also caused a red flag period after a failed suspension forced him onto the gravel. The team had him going before the chequered flag ended the session.

Stoffel Vandoorne was tenth in the McLaren, nearly a second up on his veteran teammate Fernando Alonso whose best lap time was only good for 19th. Only Lance Stroll in the Williams was slower. 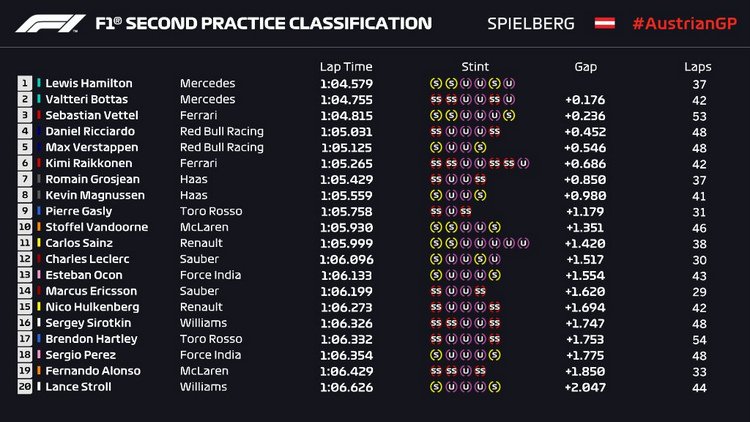