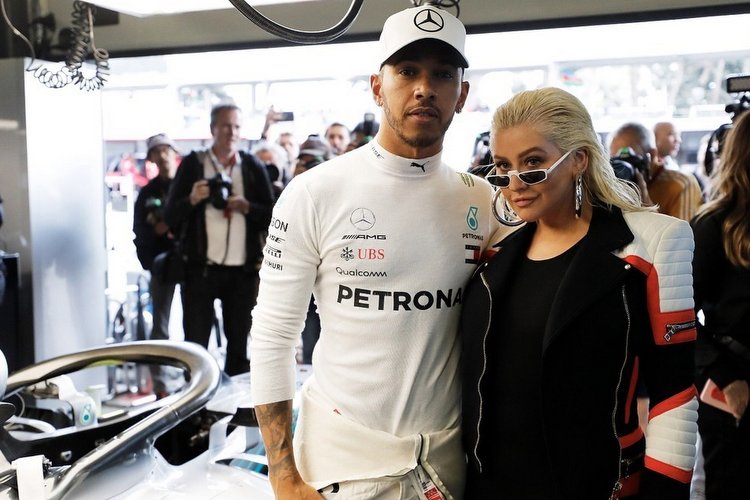 Lewis Hamilton may be a secret singer on Christina Aguilera’s latest album but the only track the Formula 1 world champion wanted to talk about on Thursday was this weekend’s Austrian Grand Prix circuit.

The music world has been buzzing about the identity of the artist named only as “XNDA”, who features in a duet with Aguilera in the song “Pipe” on her eighth studio album “Liberation”.

Media reports have pointed to Hamilton, who has devoted much of his spare time to music for some years and is a friend of Aguilera, but the Mercedes driver would not confirm anything when asked about it.

“My sole goal right now and focus is fully Formula 1,” the Briton said, sidestepping the question.

The 33-year-old four-times world champion said he had also been asked about it at the previous race in France and nothing had changed.

“It’s not really something I want to speak about, I’m here really to talk and focus solely on trying to win this championship and that’s really where all my energy is at the moment,” he said.

Pressed on whether that meant he was not denying it, Hamilton added: “As I said, I’m just here to…I don’t really know what to say.”

Aguilera attended the Azerbaijan Grand Prix in April, where she sang at a concert and spent time in the Mercedes pit garage where she was shown around by the team’s four times world champion.

The American singer has also kept XNDA’s identity secret, saying in interviews only that she has been “dying for ev­eryone to find out as they’re definitely multi-talented”.