Raikkonen: As always a lot of talk 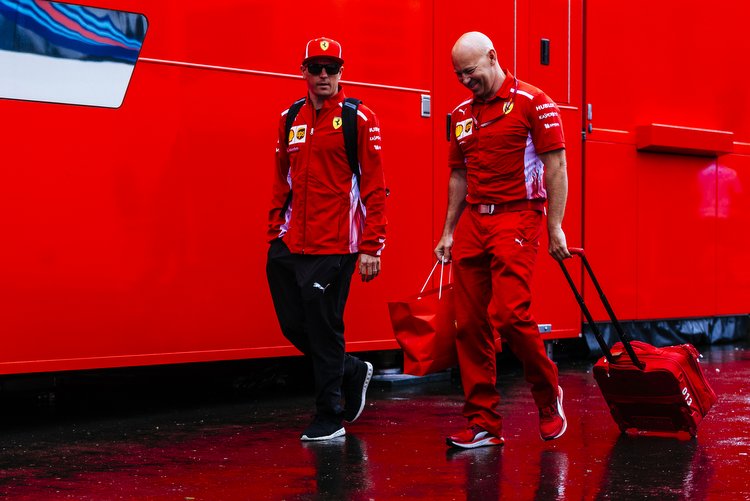 Formula 1 veteran Kimi Raikkonen shrugged off speculation about a possible move from Ferrari to McLaren in his usual stone-faced fashion revealing nothing with regards to the reported contact between the two parties.

The 38-year-old Finn, Formula 1’s oldest current driver, is out of contract at the end of the season and increasingly expected to make way at the Italian team for 20-year-old Monegasque rookie Charles Leclerc.

Recent media speculation has suggested that, rather than walking away from F1, the 2007 world champion could return to his former team if Fernando Alonso decides to leave McLaren.

McLaren’s stock response is that they do not discuss driver matters, although the former champions have confirmed they would be interested in Australian Daniel Ricciardo if he wanted to leave Red Bull.

Raikkonen was somewhat cryptic when quizzed about the McLaren rumours, “I spoke to them for sure, but in the past a lot obviously when I used to be there. Like I said, I have zero interest to get involved in all the nonsense, in my view.”

“I said, I think it was 2007 already, that I would finish [at] Ferrari and obviously at some point it didn’t look like that and now it looks like that again,” Raikkonen told reporters at the Austrian Grand Prix.

“You never know what comes after, and this and that, but we will see. As always a lot of talk and I’m not really happy to comment on those. We’ll see at some point what happens, including me.”

The Finn won his title at Ferrari, after five seasons at McLaren, and then left the Italian team at the end of 2009 to make way for Alonso.

He spent some time in rallying and NASCAR before then returning to Lotus in 2012, moving back to Ferrari in 2014 alongside Alonso and then Sebastian Vettel.

Raikkonen has not won a race since 2013 but has been having a solid season, finishing third in France last weekend — his fourth podium in eight grands prix.

Asked again whether he or his management had talked to anyone at McLaren about driving for them next year, Raikkonen said that he had “zero interest to get involved in all the nonsense.”

“You can take it as you want,” he told the reporter. “I don’t think you anyhow ask our opinions about a lot of stuff you guys write, so it goes either way. You can put yes or no.”