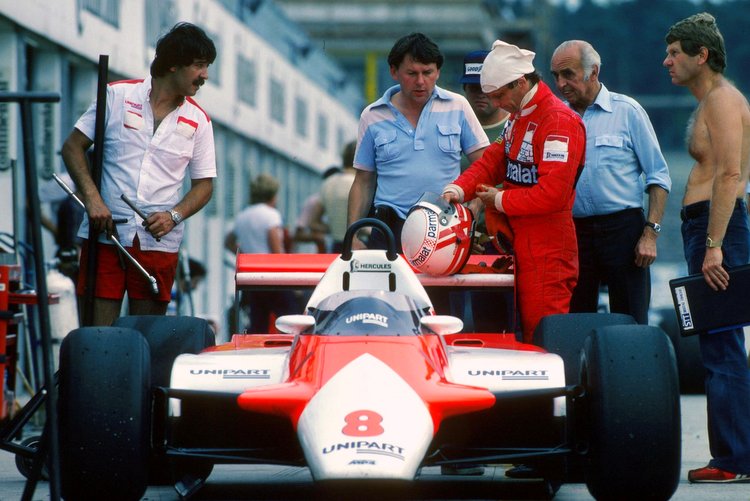 Legendary McLaren designer John Barnard has weighed in on the current state of his former team, suggesting that matrix management structure at Woking presently, set up by ex-chief Martin Whitmarsh, is their biggest downfall and predicts revival will be a challenge.

McLaren are enduring another season of pain, their fourth dreadful year in a row. Victory eludes them for over five years and alarmingly there is no end in sight to their misery.

Speaking during the launch of his book ‘The Perfect Car’, Barnard broached the subject, “They’ve had this matrix management system installed by probably Martin Whitmarsh, and you’ve got to break that down, I don’t think that works. You have to change the thinking.”

“I don’t know how long that will take, whether the team can survive that kind of a fundamental turnaround. Considering that when we joined McLaren in 1980 the problems I had then trying to change the way things were done, we’re talking about a fairly small operation [in those days].

“If you take those problems to today with the numbers of people there, I wouldn’t relish that job. It’s like turning an oil tanker.”

The team’s roots and leadership under Ron Dennis are well documented. Over the decades from the success of the Formula 1 team the organisation also began producing sportscars and turned McLaren into the massive automotive operation it is today, where the race team is just one of several divisions at Woking.

Barnard believes that this may have triggered the downward spiral, “I was always very worried about diversifying. I know Ron’s idea was he wanted this big group of companies, this big mega operation and he would sit over the whole thing, and he achieved it. But I think he achieved it at the cost of the Formula 1 team.”

“I’m looking at McLaren today and thinking maybe if he’d taken a bit of that on board things might be different,” mused John Barnard who was the Adrian Newey of his time.

The Englishman spent six years at Woking from 1980 to 1986 – the Niki Lauda and Alain Prost era at the team – in which they won 27 grands prix and five Formula 1 world championship titles.