Inside Line: Raikkonen to McLaren? Silly Season gets… silly! 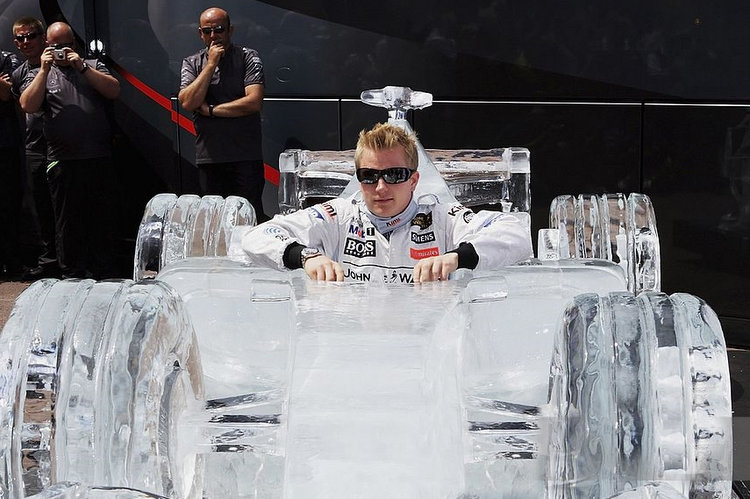 The Formula 1 Silly Season is in full tilt with the latest report suggesting that McLaren will consider hiring veteran Kimi Raikkonen should it be required to replace Fernando Alonso in the team next year.

Despite a woeful year in the top flight, McLaren chiefs appear bullish on the driver market, apparently offering Daniel Ricciardo a big bundle to drive for them and now the Raikkonen story.

Daily Mail, who have been on McLaren’s case for much of this month, breaking the Martin Whitmarsh story which appears to have blown the lid on the mood at Woking.

Followed by an exclusive story highlighting dissent within the ranks as well as lack of respect for the current leadership. A state of affairs that McLaren chief Zak Brown denied while taking a swipe at Whitmarsh.

Daily Mail reported: “McLaren have put Kimi Raikkonen on their shortlist to replace Fernando Alonso should the Spaniard retire from Formula One at the end of the season.”

“But the crisis-torn team would only realistically be able to re-sign Raikkonen, who drove for them between 2002 and 2006, if Ferrari decide to dispense with him.”

“Raikkonen, the 2007 world champion, who turns 39 in October, is seen by McLaren bosses as offering the star quality and experience they would lose if Alonso goes.”

The report did not attribute a source for their information.

It is an unlikely scenario but are Raikkonen’s days numbered at Ferrari? His inconsistency coupled to a tendency to mess up qualifying of late has again cast doubt on the 39-year-old’s future at Maranello and indeed Formula 1.

The likely heir apparent sits in an Alfa Romeo branded Sauber, namely Charles Leclerc upon whom much hinges in terms of Silly Season movements. Should he be promoted at the expense of Raikkonen, then a return to McLaren may indeed entice the Finn to extend his stay for another year.

Leclerc getting the nod would be a significant shift from Maranello’s long-standing policy of hiring experienced drivers. But at the same time, Leclerc is proving to be the first real prospect to emerge from the Ferrari Driver Academy (FDA) and thus a change of policy warranted.

There is, supposedly, the Daniel Ricciardo option. Maranello respect the Australian with Italian blood in his veins, but the big question is: Does Sebastian Vettel want him as a teammate?

Probably not and if given the choice the German would probably go for Leclerc or Raikkonen over his former Red Bull teammate who got the better of him when they were partners at the Blues in 2014.

The fact that McLaren are ‘shopping’ is the clearest most sign to date that their star driver Fernando Alonso is on his way out after years of well documented back of the pack frustration.

He is amid a winning WEC campaign with Toyota Gazoo Racing and Indycars beckon, why bust a gut in Formula 1 – maybe $25-million is reason enough?

But there is no way McLaren will pay that for his services next year or beyond. Half maybe, but then will it be worth it for Alonso who could earn that in the States if Indycar wisen up and sort out a package for him.

He will be a big drawcard and they should know it, the Alonso ‘franchise’ is maxed out in his traditional stomping grounds and Formula 1 but his ‘toe in the water’ Indy 500 adventure last year gave a hint of the pulling power he could have for a series that could do with a boost.

Thus losing Alonso departing the scene could open the door for Raikkonen to return to McLaren with whom he won nine grands prix. They, in turn, could do with his experience at a bargain price and free up Stoffel Vandoorne to strut his stuff devoid of Alonso’s claustrophobic presence. They also have Lando Norris waiting in the wings.

Maybe McLaren could do with the coolness of The Iceman who is also notably apolitical unlike the heat and passion spewed by Alonso whose politics have rendered him an untouchable by most Formula 1 teams. Good luck Indy!

Have to report this but cannot believe Raikkonen to McLaren happening.

Big news in France this past weekend was the partnership between Red Bull and Honda, which now settled awaits Daniel Ricciardo’s decision and it is he who is central to driver moves when they happen and if they happen at all.

Ricciardo is (supposedly) on the Mercedes wishlist should they for some odd reason decide to ditch Valtteri Bottas.

Lewis Hamilton has always said he would accept any teammate as he is afraid of no rival, while Ricciardo has on more than one occasion let it be known that he would relish beating the Briton if they were ever to be in the same team.

For some reason, I cannot see Dan in silver…

The big smiling Aussie and McLaren surprised the establishment when it emerged that the beleaguered Woking outfit is ready to pay $20-million per year for his services. Notably, there were no denials to this story.

Dan himself was deliberately cryptic when he told reporters, “People talk, have coffees, I will leave that one open-ended…”

He added: “For sure the priority is to get a car to win the world title because I really believe I can. I am slightly careful because it is easy to think the grass is greener and maybe it is, but I also have it pretty good where I am.”

“People do like a change but just to make change for the sake of making a change is not enough for me. I need to find some substance behind it to jump ship.”

So that would rule out McLaren for the foreseeable future as their F1 title-winning potential is virtually nil at this point and suggests that despite the apparent overtures from the other two big teams, it would be no surprise if he opts to remain in the bullpen.

So that would rule out McLaren for the foreseeable future as their F1 title-winning potential is virtually nil at this point with little light at the end of the tunnel and suggests that despite the apparent overtures from the other two big teams, it would be no surprise if he opts to remain in the Red Bull-pen.

Any Silly Season input from those in the know and those not in the know welcome in the comments below!