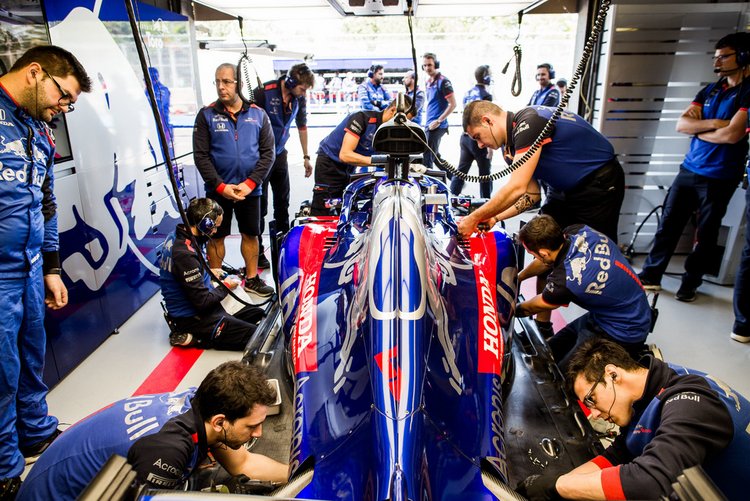 Pierre Gasly: “This weekend, we follow up my home race with one of the team’s home races, because even if we are an Italian team, we are part of the Austrian Red Bull family. I’ve had a few podium finishes at this circuit in the junior categories. The track is really very fast with several straight sections. I remember racing there in GP2 as a Red Bull junior driver, I had a lot of support as it’s pretty much a Red Bull weekend. So now I’m looking forward to experiencing that as a Formula 1 driver. I think it’s going to be a special weekend, after experiencing all the support at my home race, I expect it will have a great atmosphere and a good vibe. I hope we will be competitive, because I really want to get a good result at this place. It’s a very short lap; you’re looking at a time of just under 1m 10 seconds. It’s a very quick race made up of a huge number of laps. I tend to prefer tracks with a lot of corners, but at least the straights provide passing opportunities. I like fast corners and there are plenty of those in the middle of the track so, given the levels of downforce we are running this year, and the fact we have seen the lap records broken at every track so far, I reckon it’s going to be a really impressive weekend from a driving point of view. I can appreciate that the location is really beautiful too, but I have to admit I am more of a city boy!”

Brendon Hartley: “This is a big race for us as it’s the home of Red Bull. It’s a track I’ve raced on in LMP2 and I really enjoy it. It’s a funny thing that, as a young kid, I used to play Grand Prix 3 and Grand Prix 4 on the computer and for whatever reason, it was this track that I would always play. It was known as the A1 Ring back then, so I know it well from being a 10-year-old playing computer games. Who knows, maybe it’s because kids have a short attention span and it’s a very short lap! I think it’s an exciting race for everyone involved at Red Bull as there will be plenty of home support, I’m looking forward to this weekend because we’ve got an upgrade to the front wing coming. The place has a lot of history and character and the setting itself is really beautiful. Although it’s short, it is still a challenging track, pretty fast through that middle section and the last couple of corners are quick as well. The straight sections are not very long here, so it’s a busy lap with not much chance of getting a breather and with so many laps, it’s a race that keeps you on your toes. Getting your braking right is also important here. A big part of our job as a driver is the braking phase. That sets up the whole corner, sets up the exit. That moment when we attack the brake pedal and the way we feed off the brake pedal sets the attitude of the car. All these things start from when you hit that brake pedal. There are a few tricky areas, notably turn five, where it’s downhill braking and very easy to lock the brakes, unlike the turn just before that where you are uphill braking, which gives you a lot more potential because you’ve got gravity on your side. It’s all part of the complexities of getting the most out of a Formula 1 car.”