Alonso: We’re making progress and we’ll get there 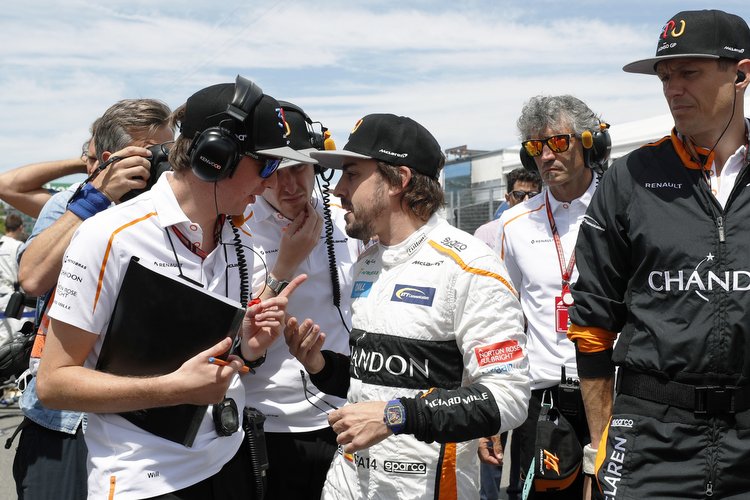 McLaren endured a disappointing French Grand Prix weekend as both cars finished out of the points, with Formula 1 amid a first triple-header weekend the team’s star driver Fernando Alonso is hoping that the sharp dip in his team’s form is only temporary.

The Spaniard, who has three consecutive DNFs, said ahead of the race weekend at Red Bull Ring, “After a disappointing result, the best thing you can do is move on, so it’s good that we have another race this weekend.”

“I like this track – it’s a good mix of the new and the old. The big hills, the gradient and the compact nature of the paddock all remind you that this was once one of F1’s grand old venues; but the modern facilities are also a fantastic addition.”

“The lap itself is great: it’s a place you have to constantly attack in order to get a good lap-time, and, while there are only really five corners, they’re always ready to bite if you over-commit.”

“I think we go to Austria looking to deepen our understanding of the car. We’re making progress, and we will get there,” predicted Alonso who lies eighth in the drivers’ championship standings.

The team’s sporting director Eric Boullier added, “After a couple of difficult races, we’ll be looking for a smooth and reliable weekend on both sides of the garage.”

“Fernando’s recent retirements have been frustrating, so it would be good to see him get to the finish this weekend.”

McLaren lie fifth in the constructors’ championship with 40 points, in eight races. They trail fourth-placed Renault by 22 points and are 12 points ahead of Force India. The orange cars have not scored points in the last three outings.

In contrast, Alonso has started two WEC races and won both in the #8 Toyota Gazoo Racing, including Le Mans, along with ex-F1 drivers Sebastien Buemi and Kazuki Nakajima. The two times world champion is dovetailing his Formula 1 commitments with his WEC campaign.