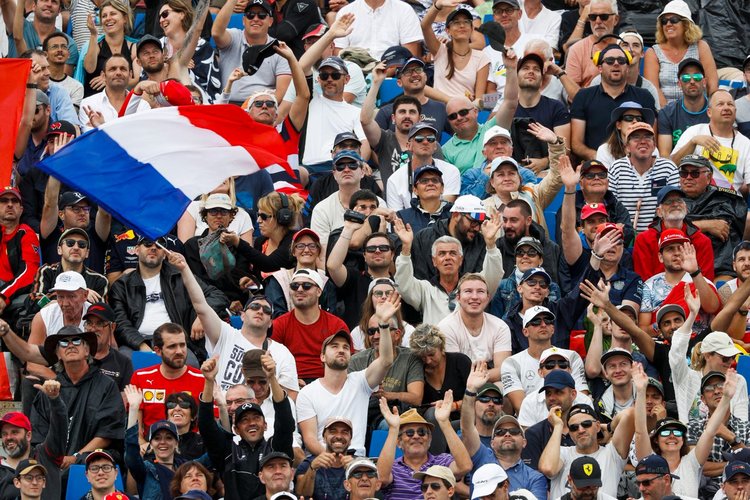 France celebrated its first Formula 1 Grand Prix in a decade but organizers may struggle to convince some spectators to return next year after a weekend marred by traffic jams, gridlock and tailbacks that.

The healthy attendance figures, officially 160,000 over the four days, contrasted with fans venting their frustration on social media at the lost hours trying to get there on jammed approach roads.

“We gave up and heading back, since we were missing Practice 2. 5.5 hours in traffic and still 1.5 hours away from track. @F1 #GPFranceF1 REFUND!,” commented Twitter user @mattcrowley on Friday.

Formula 1 veterans who remembered the last time Le Castellet hosted a grand prix in 1990, were not surprised.

The circuit on a plateau east of Marseille in the sunny south, is approached by minor roads funnelling into one.

“It’s no different than it was when I was here in 1979 and the 1980s in getting in and out. And I think that’s unacceptable in the modern world of sport,” he said. “If they have falling numbers (next year), they’ve only got themselves to blame.”

Fernley held up the example of Austria’s return to the calendar in 2014 with a big crowd and traffic chaos. Numbers were down the following year.

Formula 1’s race director Charlie Whiting had some “personal tales of woe” and said he had heard plenty more from others.

Ross Brawn, F1’s motorsport managing director, suggested organizers’ hands were tied, “It is physically limited. If you have a race in a beautiful part of the world, you’re not going to have a six-lane highway servicing it.”

“What we don’t want to do is have fans put off because it becomes too much of an epic to get to and from the circuit.”

Organizers had recognised traffic management as a challenge and had kept the ticket sales about 20,000 below capacity.

Christian Estrosi, the Mayor of Nice and instrumental in the race’s return, hailed a ‘true success’ but recognised there was work to do for 2019.

“A lot of people told me ‘we really suffered to get there but we’re so happy’,” he told the Nice-Matin newspaper, suggesting road improvements would require an extension of the hosting contract beyond five years as a guarantee.