Phillipe Bianchi: I wish that Jules could be here driving 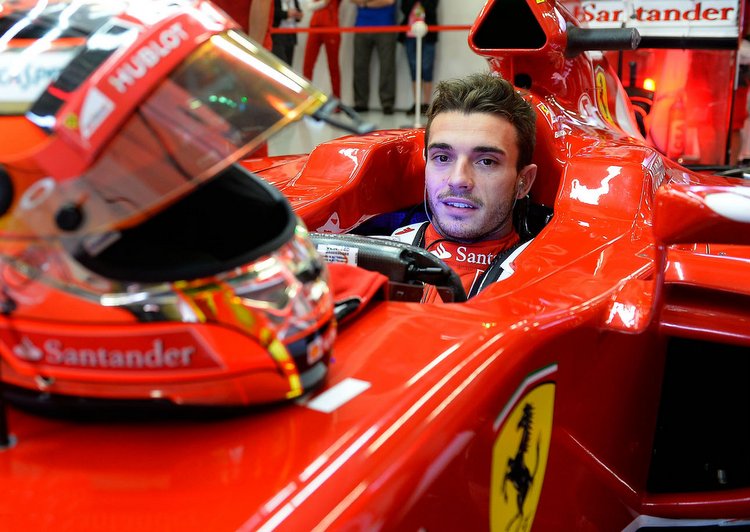 Phillipe Bianchi is proud to have a grand prix in France again, but at the same time, it is a bittersweet time for him as memories of his son Jules Bianchi are prominent at a venue where the pair spent much time during the youngster’s impressive rise through the ranks.

Had the young Frenchman not perished, as a result of the freak accident he suffered at Suzuka in 2014, he would surely be on the Formula 1 grid for his home race at Le Castellet, most likely with Ferrari who were grooming him for promotion to the Scuderia.

Speaking to the Daily Mail at Circuit Paul Ricard, Jules’ father Phillipe said of his country’s return to to the F1 calendar, “It’s a beautiful thing because motorsport in France has a great history. They’ve done a good job, the track is great and I’m happy about that.”

The family have made it their goal to raise funds for the Jules Bianchi Association, whereby the proceeds will help pay for a driving simulator at the Nice hospital where Jules passed away at the age of 25, on 17 July 2015.

“It will help people who have had big crashes or brain injuries similar to Jules,” explained Bianchi senior. “After that, I want to make other things, like a driving school: The Bianchi School for young drivers, a kart track and a museum close to here dedicated to Jules with his old cars and trophies.”

“We don’t have enough at the moment, but we’re working with partners. It will take a long time but it’s a good thing. The Association is my life, my passion. It’s difficult for me to be here, but unless the family does something nobody will remember Jules.”

The Halo cockpit safety device has been introduced this year as a consequence of Jules’ horror accident at Suzuka, but Phillipe does not believe the device would have saved his son,”The Halo the FIA would have changed nothing for Jules, his crash was too big.”

Phillipe revealed that he has had no meaningful contact with F1 officials regarding the family’s fundraising and other projects that will keep the memory of Jules alive.

He also hinted that the nature of the accident, the controversial investigation and outcome tarnished the image of the sport as well as the official bodies that run Formula 1.

Phillipe suggested as much, “Jules’ story is not a good thing, it’s not positive. I understand. People have to make their life in F1. The crash in Japan was a horrible thing and the show must go on.”

On the positive side, Phillipe is buoyed by the progress of Charles Leclerc, godson of Jules, who is having a stellar rookie season with Sauber and the reason why he has returned to the Formula 1 paddock despite the emotional pain.

Phillipe recalled, “Charles began karting with me and his father is like a brother to me. I’m happy because Charles speaks a lot about Jules. It’s not easy for me to watch the races now but I want to see where he is.”

“It’s difficult to do well for Sauber or Marussia. I remember speaking to Jules after that test at Silverstone. He said: Dad, it’s too easy to drive a Ferrari. A Marussia is all over the place, but a Ferrari is very, very easy.”

“I hope Charles gets his chance. Like Jules, he could be a world champion. I hope so. That would make me happy and it would have made Jules happy too,” added Phillipe. 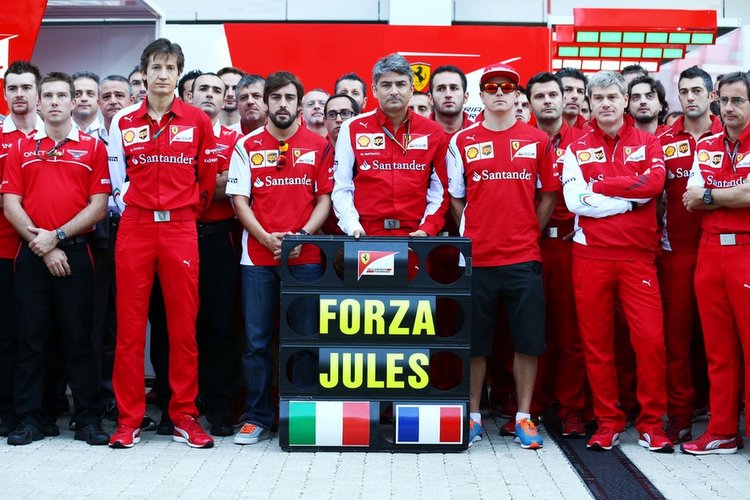