Brown: Whitmarsh is unemployed maybe looking for a job 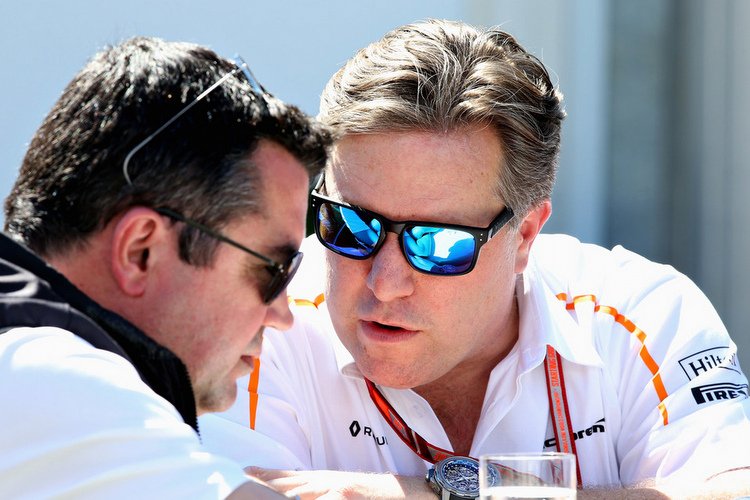 McLaren are still spin doctoring the story of dissent which broke when former team principal Martin Whitmarsh blew the lid on the atmosphere of discontent at Woking, which was exacerbated by another report claiming that team staff are talking of a strike while questioning the leadership and direction of the once mighty Formula 1 team.

In the wake of the negative publicity, coupled to a woeful showing in qualifying in which both Fernando Alonso and Stoffel Vandoorne failed to make it beyond Q1.

Racing director Eric Boullier, who was involved in a spat with a journalist during the FIA press conference earlier in the day, was absent from the traditional Saturday meeting with the press and it was team chief Zak Brown who stood in the firing line of questions from the media.

With regards to Boullier’s future within the team, Brown was adamant, “I can confirm that all members of the racing team will remain on the team until the last race in Abu Dhabi.”

As for the reports of dissent revelations, Brown said, “I saw the article, l had a little chuckle. We have had an overwhelming response from the men and women in McLaren. So actually, it was a good article in that it got everyone pretty fired up.”

“Just like it was one media outlet, l think it might have been one person in a company of 800-plus. It’s a little disappointing to see him go to the media with such a trivial article but we are not worried about it.”

Then the McLaren boss took a mighty swipe at Whitmarsh, “He has a long history here and a lot of success during Ron Dennis’ time. He is unemployed so I presume he is looking for a job somewhere.”

“I’ve lost track, it seems he has become a journeyman – he was doing the America’s Cup and then he was at the FIA for a short period of time. I’m sure he wants a job… but he’s not going to get one here,” insisted Brown.