Vettel: We’re working hard to have more ups than downs 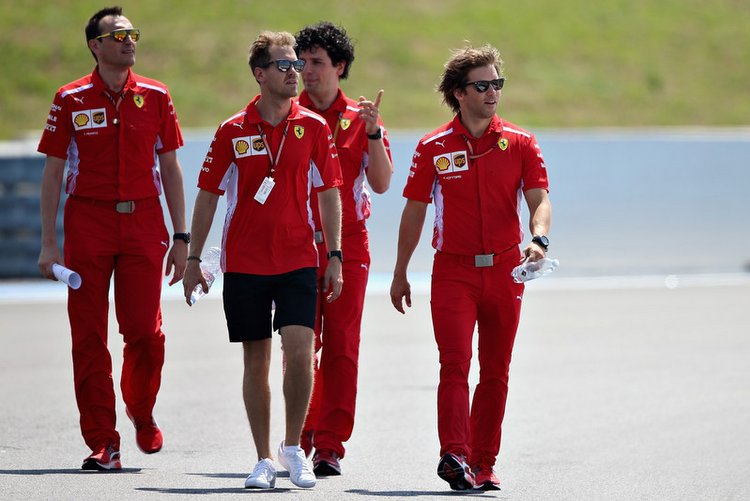 Sebastian Vettel arrives at Circuit Paul Ricard leading the world championship standings by one point after enjoying a return to the top step of the podium last time out in Canada and believes that his team’s form should carry over for the French Grand Prix this weekend.

Speaking to reporters on Thursday at Le Castellet, Vettel said, “A lot of races coming in the next couple of weeks but generally it’s positive. If you look back and look at the big picture, we’ve had seven races and we’ve won three of them. So it’s not bad.

“The fact we have been competitive in most of them makes us quite confident for the next races. In some races you find yourself being more competitive than others, probably [for Ferrari] you can pick Canada versus Spain. Spain was probably our least-competitive race.”

“It’s normal to have ups and to have downs but we’re working hard to have more ups than downs. It’s wise to go step-by-step.”

Ferrari were on the back foot in Barcelona last month when Pirelli were forced to revise their tyres for safety reasons. The tweaks appeared to impact Ferrari the most. They were trounced in Barcelona by a resurgent Lewis Hamilton and Mercedes.

In Monaco, the Reds had no answer to the Red Bulls but pulled it back admirably with Vettel’s victory in Canada a couple of weeks later. The Scuderia arrive in France on a high

Vettel refused to blame the changes to tyres for the temporary loss in form, “All those [questions] have been answered after the race in Barcelona and the test. I don’t think it makes a difference, it’s the same for all of us.”

“It’s a lot more difficult here to know what to expect because we’ve never been here properly. Same with all the teams at the same time on the same track layout – because there’s quite a lot here – so we will see how we get going.”

“I don’t see a reason why we should struggle, so we should be fine here. But to know exactly what to expect? I don’t know.”

“I have never properly used this layout that we are using now. I have been here before but 10 years ago when we used to short version to prepare for Monaco, and we had a wet test two years ago.”

“Looking forward to get on the track and see how it feels. It’s not an easy one to find your way round because many places look the same!” added Vettel with reference to Paul Ricard’s six circuit variations.