Ricciardo: It probably depends on what Fernando does 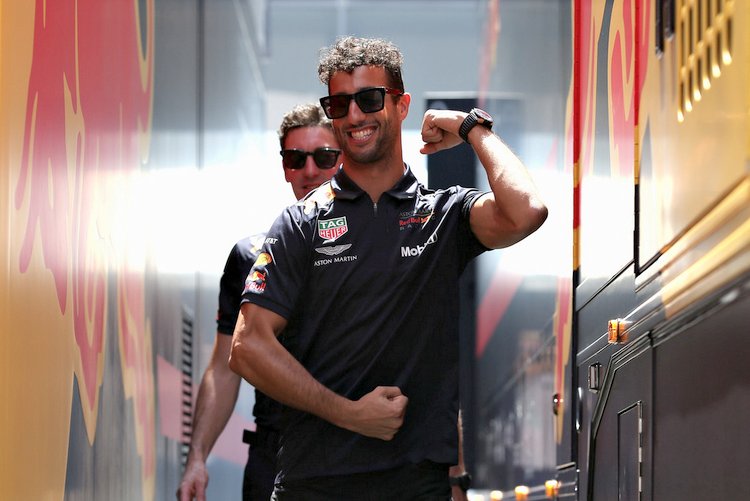 Daniel Ricciardo expects Red Bull to ramp up discussions regarding a new contract now that they have sorted their engine supplier, amid talk of interest in the Australian’s services from Formula 1 rivals McLaren as well as Ferrari and Mercedes.

The 28-year-old Ricciardo, winner of two of the last seven races including the showcase Monaco Grand Prix, is a free agent at the end of 2018 and mulling his options.

Red Bull, who have 20-year-old Dutch driver Max Verstappen on a long-term deal, this week announced they were switching from Renault to Honda from 2019 and are now turning their attention to completing the driver line-up.

“I haven’t been pushed yet but I would say there will be a bit of movement probably in the next week,” Ricciardo told reporters at the French Grand Prix.

“Ideally for them, they’d want something sooner rather than later. Probably in the next two weeks would be ideal for them,” he added.

“For me personally, I think it would be nice to go on the summer [August] break knowing what I’m doing, so then I can actually enjoy.

“If I’m on the phone for two weeks of the August break, trying to still figure out my future, it probably won’t be that good.”

Asked about media reports, quoting Red Bull’s motorsport advisor Helmut Marko, that Renault-powered McLaren had made a $20-million approach, Ricciardo joked it was not enough. He did not rule anything out, however.

“Everyone’s talking about Mercedes and Ferrari as potential places for me to go but I’m aware there’s obviously going to be interest from other teams and I guess McLaren is probably one of them,” he added.

“It probably depends as well on what Fernando [Alonso] does, if he stays or if he goes. If he does go, then I guess they will probably want a more experienced driver to come in. I guess we’ll see.”

Asked whether he was talking with Ferrari and champions Mercedes, Ricciardo said he was not personally but acknowledged his management might be, “I don’t know. People talk, people have coffees and stuff. And Red Bulls.”

The Australian said his priority remained to be in a car with championship potential, and he would not make a change just for the sake of it, but recognised there was an attraction in joining a team on the rise.

“Obviously McLaren and Renault aren’t there today but maybe they will be there in a year or three years’ time. You never really know,” he said.