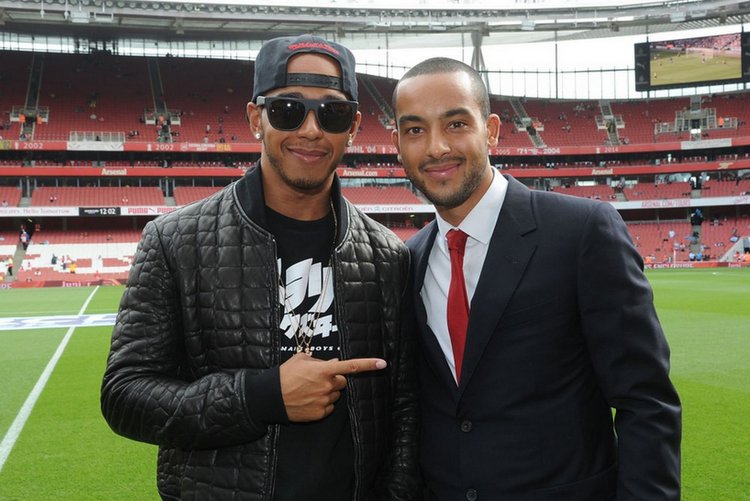 Lewis Hamilton has joined the hordes of England football fans dreaming of World Cup glory for the Three Lions this summer – even if England’s campaign is likely to disrupt his preparations for Sunday’s French Grand Prix the Mercedes driver believes it’s time for them to win the cup they last won 1966.

The race, exclusively live on Sky Sports F1, has been moved back to a start time of 3.10pm in order not to clash with the England v Panama group match earlier on Sunday afternoon.

But Hamilton knows he won’t be able to avoid the match as he and his Mercedes team prepare for the race at the Paul Ricard circuit.

“It’s going to be a little harder to focus on the race because we will be watching,” said Hamilton. “The game will be on in TV here and l am sure my guys will try to keep an eye on both things at the same time – as will l.

“Naturally, every time this championship comes around you hope for something special to happen for England. In my lifetime it’s not been great for us. But we have a good team and England deserve at some time to win the World Cup [again].

“And it’s exciting to watch. Every time l was driving around at home last week the games were on everywhere. ”

“Winning the World Cup is a dream for every kid and I am privileged that I am here in F1,” the Mercedes driver added. “I am very proud to be a Brit. As soon as I won the world championship last year, I grabbed the flag.

“To be able to represent your country, and be at the top of the sport, like we are hoping the England team will be, is an honour and a privilege – and I am grateful for that.”

Hamilton, the only British driver on the current F1 starting grid, was at school with England and Manchester United wing-back Ashley Young although the two have not stayed in touch and Hamilton has always declared himself an Arsenal fan.

“I remember seeing how he was an awesome player as a kid and to watch his success as he’s grown older, the ups and downs he’s had, and to see someone else come from Stevenage and doing well I think is really awesome,” he said.

“Another inspiring character, again showing that you can come from nowhere…he came from nowhere just like me, almost the same street and now he’s representing the country which is great.”

Sebastian Vettel’s Ferrari engineers are unlikely to have similar distractions in the coming weeks, with Italy failing to qualify for the World Cup finals, although the German — a keen football player — might struggle.