Abiteboul: It’s a happy situation for everyone 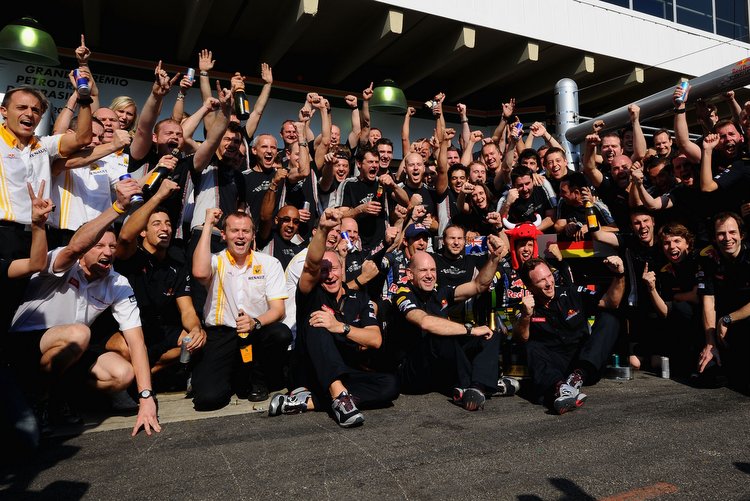 Before Red Bull chose to ditch Renault to pursue a Formula 1 engine partnership with Honda, the French manufacturer made a last-ditch effort to convince the energy drinks outfit that they could win world championships together and after the announcement warned they would be made to regret their decision.

Since then emotions are clearly back in check, as Renault F1 chief Cyril Abiteboul took a more moderate stance when he told Sky, “I think it is good that we are moving on.”

“When Renault came back in 2015 and it was clear somewhere down the road it would have some impact on the Red Bull relationship. So to a certain degree, it’s the last element of our strategy moving on from being an engine supplier a couple of years before and now being a works team.”

“So that will allow us to focus on the works team. No more distraction, no more excuse, not to deliver with the works team and that’s what matters.

“Also Red Bull has found a way forward with a new partner and they are also back as a works team, which I think is a status that mattered a lot to them.”

“It’s also great news for Honda who found a customer base which is good and strong enough that they can justify the cost of being in Formula 1 and they will see it for themselves. I think it’s a happy situation for everyone.”

Red Bull boss Christian Horner said the decision to partner with Honda was based on the engineering elements they found more attractive with the Japanese automotive giant.

Abiteboul was asked Horner’s comments this and replied, “I think he’s talking about what can happen in the future and it’s difficult to disagree on what’s maybe going to happen maybe in the future. We will see,” said Abiteboul. “But it will be difficult to see what they would have done had they stuck to Renault.

“What I can say is it’s also a plan that is happening the way it was supposed to be. What was agreed last year with Helmut [Marko] and Christian was that we would terminate with Toro Rosso at the end of 2017 and Red Bull at the end of 2018.

“So it’s more the confirmation of a plan that was engineered a while ago when there was no data about the Honda engine and no data about the Renault engine today. I still believe we have the upper hand as we’re talking today, the rest is very much speculation about what we will be doing this year and next year and what Honda will be doing.

“Clearly the direction of things for Honda is positive, much more reliable, and it seems also that they have done a step.”

“I still believe that we are more competitive and the success of Red Bull on track – and, touch wood, there will be more of that – in the rest of the season and we will be doing what we can to make sure that we continue to deliver in accordance with what they expect.”

“I think this is showing what the engine is capable of doing. For the rest, they have made their bed so they need to lie in it now.”

The final ‘divorce’ is done on paper but the reality is that until November the ‘couple’ have to share the ‘house’ together and Red Bull can be contenders with two wins in the first seven races.

The question of how the two parties will tackle the final stretch in the wake of the split, “We have to have a discussion regarding IP [Intellectual Property] and confidentiality. We know what their plan is for the future, they are going to be a competitor, and also Honda and Renault are not really partners in the road-car business.”

“We do have sensitivity and we will have to talk about the way we are going to execute the rest of the season. I hope we will find some form of common sense and middle ground between the service we can deliver but also sensitivity regarding IP.”

“I’m sure that everyone will understand given the vast amount of effort and investment we are putting into developing next year’s and this year’s engine.”

“The way we are working with Red Bull is extremely integrated, they have access to everything at least as we speak now, and we have to see if we have to adjust some of our practices.”

Abiteboul vs Horner has always been a headline grabber, the pair not shy to slug it out through the media on many occasions over the years.

“We are fine,” insisted Abiteboul. “We have got respect but we are just super competitive and extremely loyal to our organisation, him to Red Bull and me to Renault.”

“I think we understand and appreciate that relationship and I’m pretty sure we will be able to have some beer and laugh about that in future,” added Abiteboul.

Big Question: Is it a happy situation for everyone?