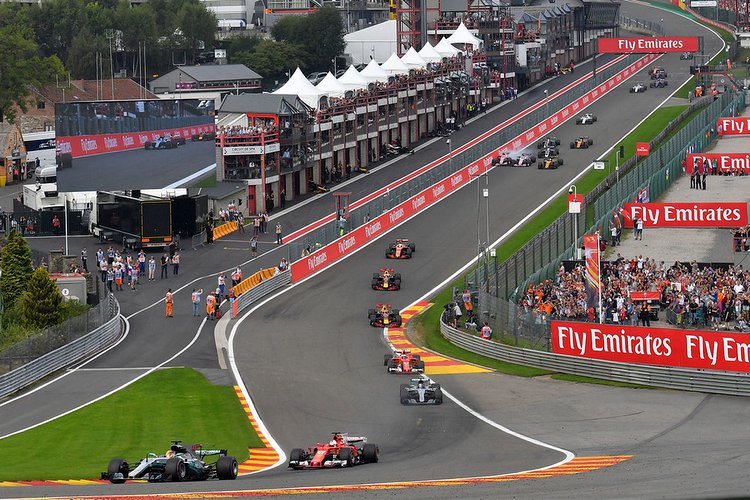 The Belgian Grand Prix will continue at the iconic Spa-Francorchamps circuit until at least 2021, the organisers of the race and Liberty Media announced after concluding the deal today.

By extending the deal Liberty Media send a strong signal that the sport’s traditional venues will serve as the grassroots of the global series which his organisation intends to take to more “magical” destinations.

F1 said in a statement confirming the deal: “The Spa-Francorchamps circuit is one of the most history-laden, loved and legendary venues in Formula 1, as it hosted its first F1 race in 1950. As the sport continues to expand globally, heritage circuits such as Spa will continue to form a key component of Formula One’s core values and memories, alongside newer destinations on the calendar.”

Chloe Targett-Adams, director of promoters and business relations at Formula One added, “We are really pleased to have reached this agreement which means that the Formula One Belgian Grand Prix will stay on the calendar for a further three years.

“Formula One was born in Europe and the future of this sport needs to maintain its solid roots, while expanding globally and Spa-Francorchamps is part of that fantastic history.

“We are particularly pleased that the new agreement is an improvement on the previous one, for Formula One and for our partner Spa Grand Prix so that fans attending this race will enjoy a truly unforgettable experience.”

The race dropped off the calendar in 2003 due to a tobacco advertising dispute and once again in 2006.

However, Pierre Yves-Jeholet, the local minister of the economy in Walloon, talked up the latest development, “This is a good deal which makes sure that such an important event stays in our region, thus placing us on a global visibility platform.”

“The regional and national economic benefit is significant: in 2017 we had a return on investment of 315% and ticket sales increased by 7.5%. It is also a significant first for us as we have now concluded a successful and rewarding negotiation with Formula One.”

Only Hockenheim and Suzuka do not have deals to host Formula 1 that extend beyond 2018.