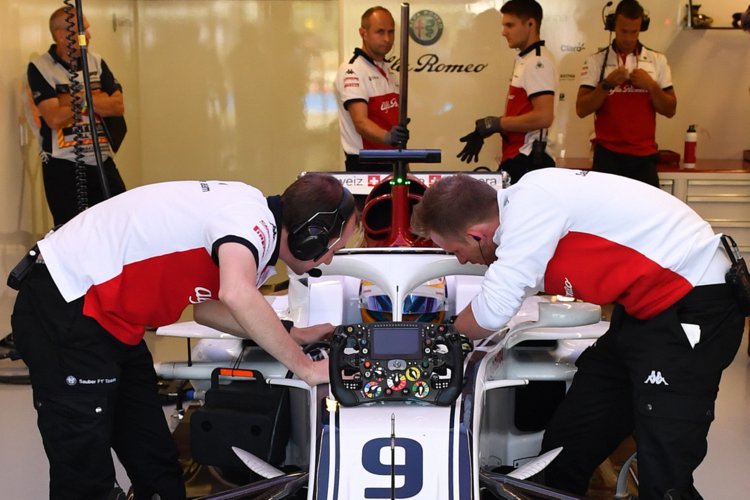 The Circuit Paul Ricard – venue of the French Grand Prix weekend, Round 8 of the 2018 Formula 1 World Championship – provides both teams and drivers with a very different challenge to the past two races, which have been held on narrow tracks, with walls in very close proximity to the cars.

That is certainly not the case in France, where large run-off areas dominate the track perimeter. Additionally, all personnel involved are faced with the prospect of a new circuit on which very limited data is available. 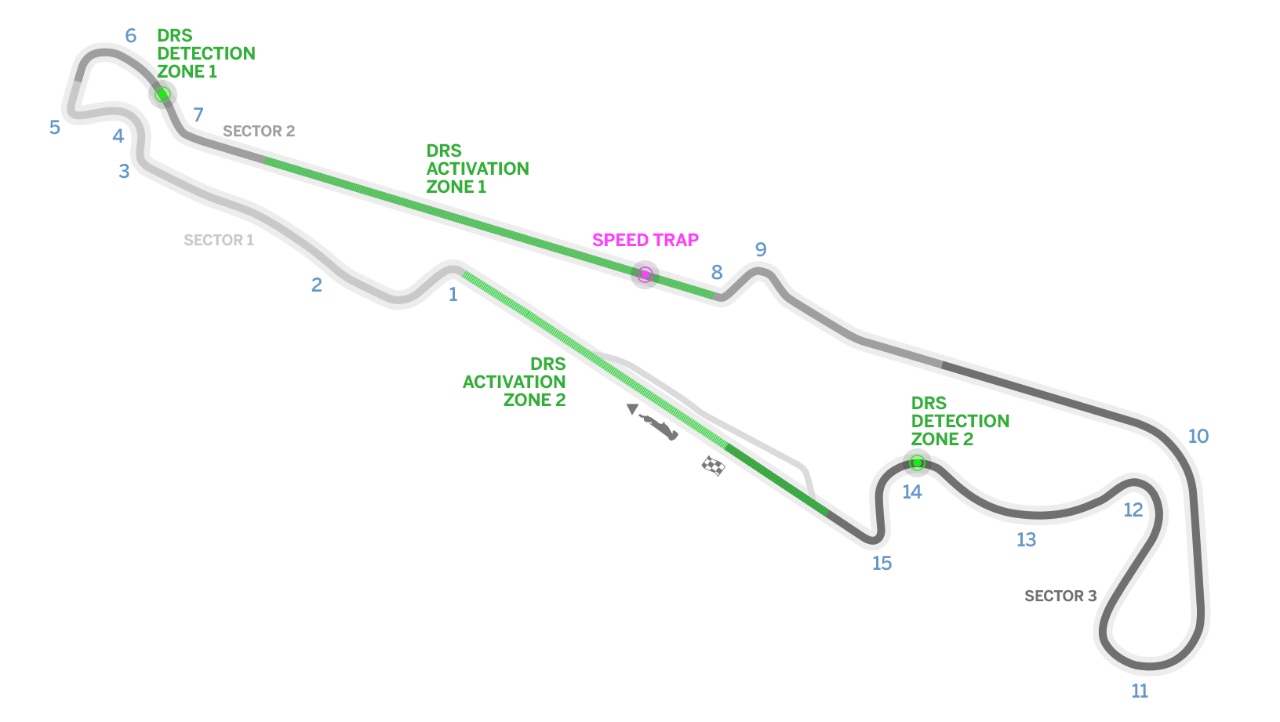 Being a new circuit, there will most likely be a little more experimentation than normal during practice on different downforce levels in order to obtain the optimal compromise between straightline speed down the three long full throttle zones and performance in the multiple high-radius corners. This circuit is quite top speed and power dependent, something which one can garner from looking at the track map, favouring a downforce level more akin to that run in Canada than Monaco.

The circuit has a variety of corners, something which makes it an ideal test track in much the same way as Barcelona. Therefore, all aspects of a car must be performing as expected, including Aerodynamic downforce in the high-speed corners and mechanical grip in the slower speed ones.

The quality of a driver’s exits from Turns 6 and 15 will be critical in determining overtaking possibilities on to the ensuing DRS-assisted straights, with the latter in particular requiring good traction. In addition, Turn 11 is a long right-hander, approached at over 300km/h, and requires a double apex line, together with the dual presence of braking and turning. It is critical to have a well-balanced car through here, and Aerodynamic downforce is also paramount. 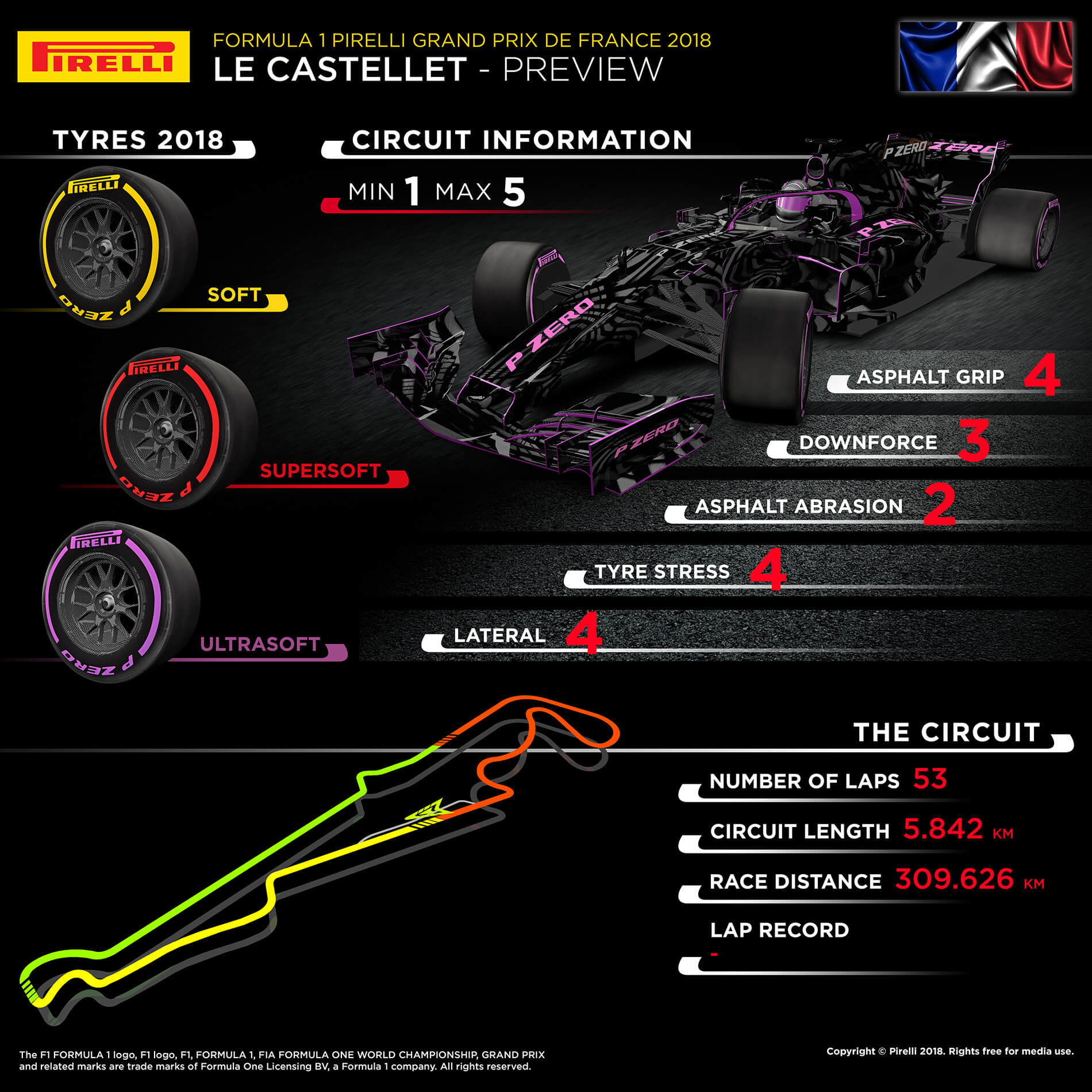 Pirelli returns to the US-SS-S allocation for the first time since Azerbaijan. This is probably a slightly conservative selection given the uncertainty of arriving at a new venue without significant data from the current generation cars – only a little F1 testing has been done at Paul Ricard since the start of 2017. Pirelli’s conservatism is evidenced by the bias towards Ultrasoft tyres in the driver selections below. As with most races this year, a one-stop is likely, especially given the fact that the track was recently been resurfaced, lowering degradation yet further, in a similar manner to Barcelona. Due to the new tarmac, Pirelli is bringing tyres with a revised tread depth that is 0.4 mm lower than normal, as was the case in Barcelona. These tyres will also appear for Silverstone.

There are a reasonable number of overtaking opportunities around Paul Ricard, most notably into Turns 1 and 8, the latter being the favoured spot due to the heavy braking zone that precedes the corner. It is also possible that drivers can get themselves into a position to overtake using the DRS zone down to Turn 8, before completing the pass on the following straight. The difficulty in passing other cars is, however, increased by the presence of long, medium speed corners, which are particularly taxing for a car following in dirty air.

All three days are generally expected to be dry, although there is the possibility of rain showers on Saturday afternoon, for qualifying. Of note is that the temperature on Friday is set to be five degrees Celsius warmer than for Saturday and Sunday. Given the sensitivity of the Pirelli tyres, teams will be required to optimise their set-up accordingly, and this could result in some unpredictability. 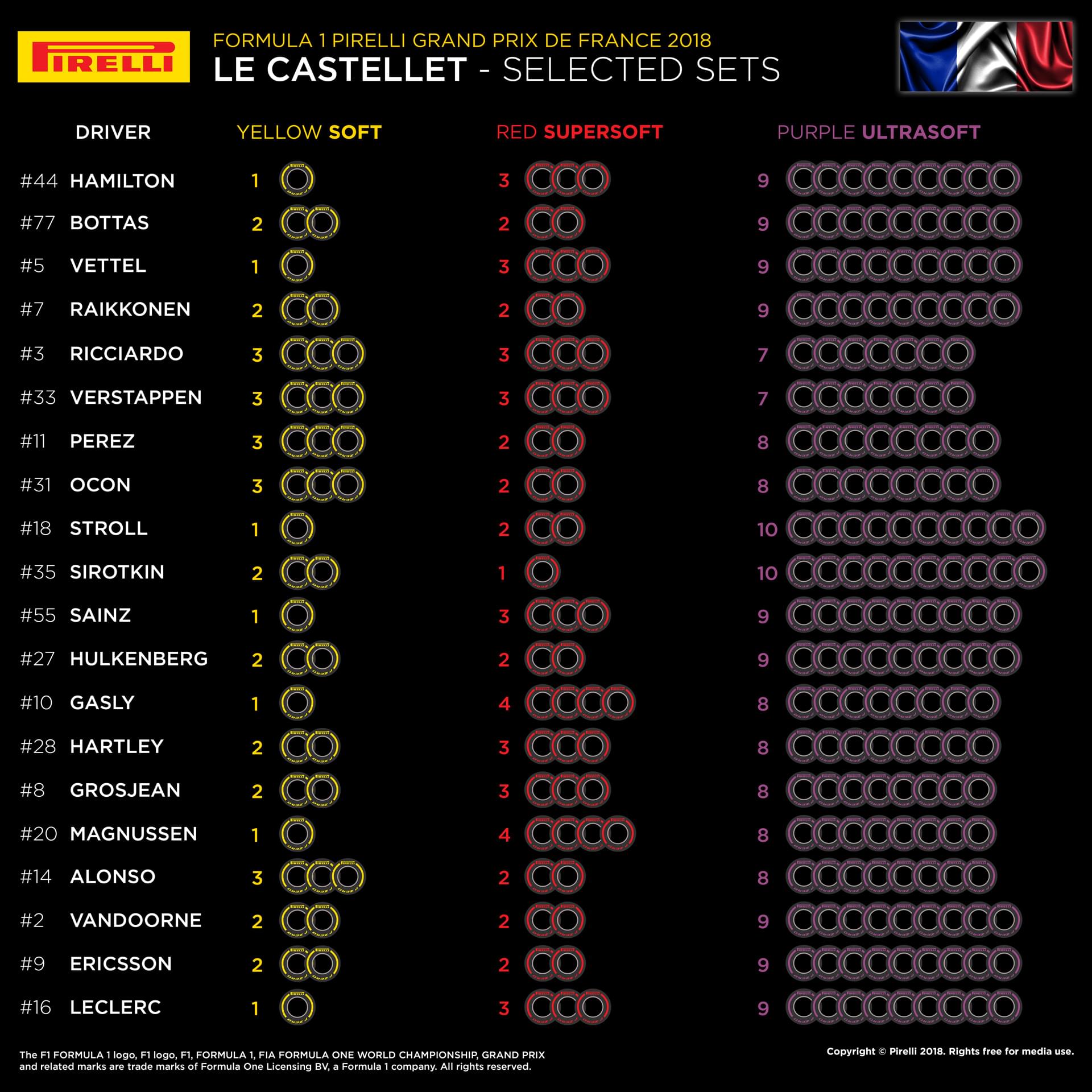 Given its performance in Barcelona, the low tread tyres being brought to Paul Ricard, and the presence of a new, upgraded power unit, Mercedes must surely be the favourites for this weekend. Red Bull may suffer more than in Barcelona due to the straightline speed dependency of the circuit, aiding Ferrari.

As has been true for the entire season, the midfield should remain tight, although the leaders in this part of the grid appear to be Renault and Force India, with McLaren struggling in recent races. However, armed with their major upgrade from Canada, Haas will look to bounce back on what should be a better circuit for the American outfit, with a number of medium-high speed corners, where the VF-18 excels.