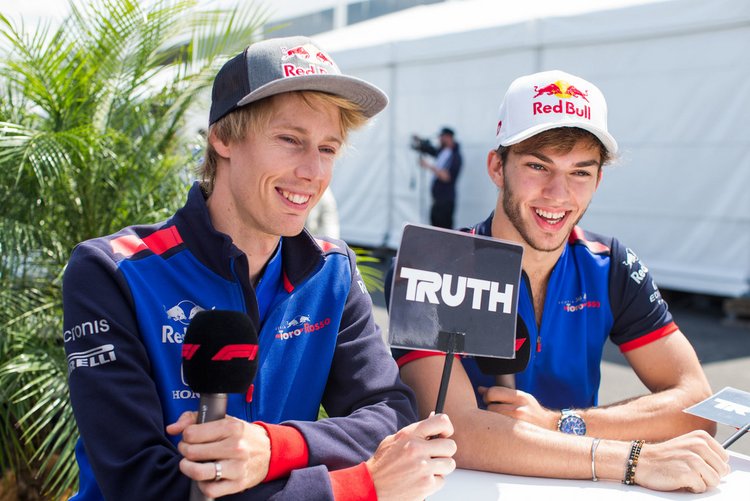 Toro Rosso drivers preview the French Grand Prix weekend, Round 8 of the 2018 Formula 1 World Championship, at the Circuit Paul Ricard in Le Castellet 50km from Marseille.

Pierre Gasly: “For me it will be absolutely incredible that my first full season of Formula 1 coincides with the return of a French Grand Prix to the calendar for the first time in ten years. That has to be a reason for me to be very happy and I’m really excited to be racing in my home country. I can tell it will be a special feeling going out on track and actually, I have spoken to Jean Alesi and Alain Prost about it and they both told me that it will feel really special and something that you really have to experience as a Frenchman racing in France. I can’t wait to get to Le Castellet. I won’t feel under any pressure; on the contrary I think it will feel like extra support for me. It’s a very good thing for all fans of motor sport in our country. The sport has always been part of our culture; there’s a French team and three French drivers so I hope this event will reboot interest in F1 here. I’m trying to do that too of course! I’ve had some success at this track in the past, winning in Formula 4 and Renault 2 litre and taken pole in the 3.5 category, finishing second. It’s a circuit where I have always gone well, either winning or at least getting on the podium, I really like it, so I hope we can get a very, very good result on this home track.”

Brendon Hartley: “Paul Ricard is a circuit I know well, although not in a Formula 1 car. We did a lot of testing there with WEC in the LMP1 car and I won the LMP2 category here in 2013. It was always a popular track for endurance testing and I’m also pretty handy round there in the night-time, although that’s not going to come into play in a Formula 1 car! I understand the track has been completely resurfaced, which will be interesting to see, because it was quite a unique track in terms of tyre life. It used to be very, very extreme on left front tyre wear, so depending on the surface change, that factor may have altered a little bit. It’s a track I enjoy driving and it’s still pretty quick, thought not as fast the configuration I used to test on, which didn’t have the chicane on the back straight. Even so, I think it’s a cool track. It’s obviously got a lot of history, both for sports cars and Formula 1, so I’m really looking forward to it. It’s not too far away from Monaco, where I live and it’s in a lovely part of the world. I think it’s a nice race track to drive on and should produce some good racing. It can be very windy at Ricard, with the Mistral wind giving its name to the long straight. That can be a big factor in a Formula 1 car and is another challenge you have to deal with behind the wheel.”