Inside Line: F1’s War of the Roses is finally over 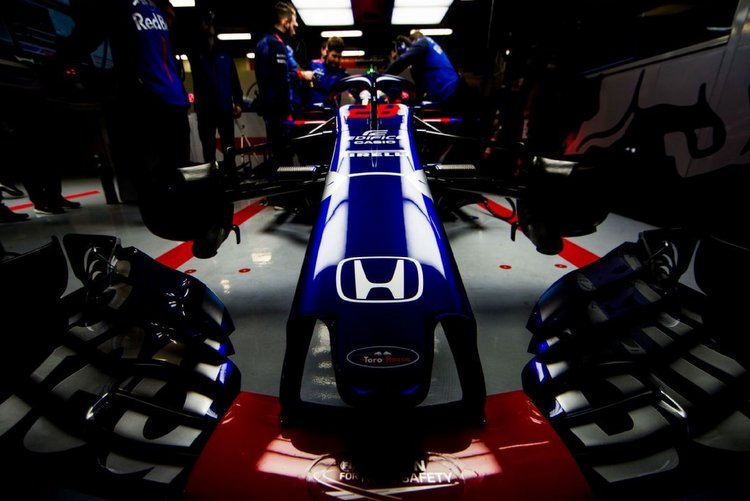 The divorce that nearly took place a couple of years ago will finally happen as Red Bull announced Au Revoir to Renault and Konnichiwa to Honda and with it heralding a massive shake-up on the Formula 1 engine front, matching McLaren’s momentous decision to ditch the Japanese manufacturer last year.

Formula 1’s long-running version of ‘War of the Roses‘ is finally over and could not come any sooner as the two organisations were on a collision course that was turning increasingly ugly.

On the ugly note, who knows what might happen between now and the time they unbolt those Renault PUs from their cars in November? But that’s another story…

No matter what happens between now and then, when the season kicks off in Melbourne next year, both the Red Bull teams will be powered by Honda, while Renault will focus on their own team and supply McLaren in what should be a less intense and more streamlined operation at Vichy.

I for one welcome the news. Afterall the Red Bull-Renault marriage has been on the rocks for a long time, ignited as early as 2014 at the first test using the current era turbo hybrid power units. Since then the tensions have risen consistently and in recent weeks the war of words between the two parties over deadlines was simply childish.

Nevertheless, it cannot be forgotten that from 2010 through to 2013 the energy drinks outfit were untouchable and bossed F1. During that period they amassed 47 grand prix victories as well as four drivers’ titles and four constructors’ titles. Since 2014 they have only won ten times and titles have been elusive.

With Renault, they were just going nowhere, although by far best of the rest thanks to their superb chassis they lacked that extra edge to seriously rattle Mercedes and Ferrari on a consistent basis.

I admit that three years since they arrived on the scene, I am still bewildered that Honda have been so poor and naively expect them to remember some switch on the package that has been set to OFF when it was meant to be ON.

Jokes aside if there is one organisation that has the resources to buy themselves out of a hole, no matter what it takes, it is Honda. They have the resources, facilities, pedigree and all that good stuff, but more inspiring for them and their board to stay involved is the high-profile success of Toyota at this year’s Le Mans 24 Hours race.

The landscape in Japan in the wake of Toyota Gazoo Racing’s victory – with Fernando Alonso, Sebastien Buemi and Kazuki Nakajima – dials up the pressure with demands now on Honda to deliver with their Formula 1 project to match their rival automotive giants.

The fact that for now, this is a two-year deal probably stems from the fact that the future direction of Formula 1, in terms of rules, is uncertain but one can imagine the foundation for a longer-term partnership has been set.

From where I sit Red Bull do appear to be the winners as this saga winds up. The energy drinks team bosses are betting that Honda can raise their game, based on what they have seen of the Japanese manufacturer and their intent. I predict that the choice will, in the end, serve them well.

The burden of supplying three teams was taxing on Renault, the spare parts debacle a case in point. They simply lack the resources of Ferrari and Mercedes who also supply three teams.

This will allow them to focus on their own works effort while keeping McLaren sweet, no more Red Bull bickering.

For Honda, it is a big win because they are now supplying one of the top three teams as well as their junior outfit. Expect a Japanese driver to break cover in blue overalls at some point in the near future.

A year ago Honda were subject to sustained criticism from McLaren and their ace driver Fernando Alonso. The board in Japan, upset with the negative reports, even countenanced an exit amid the bad press, but instead voted to make the Formula 1 project happen.

The board decision wreaked reeks of: “We must beat McLaren no matter what, we cannot fail at any cost.”

In their first six months together, Honda and Toro Rosso have continued to progress with every race. Pierre Gasly claiming a mighty fourth place in Bahrain and, more recently, Brendon Hartley out-qualifying both McLaren’s in Canada.

It’s an upward, albeit gradual, trajectory which Red Bull are banking will ramp up and thereafter continue unabated.

As mentioned, in the aftermath of this seismic move in the Formula 1 scenario interesting months lie ahead on numerous fronts…

Big Question: Will Red Bull be better off with Honda than they were with Renault?