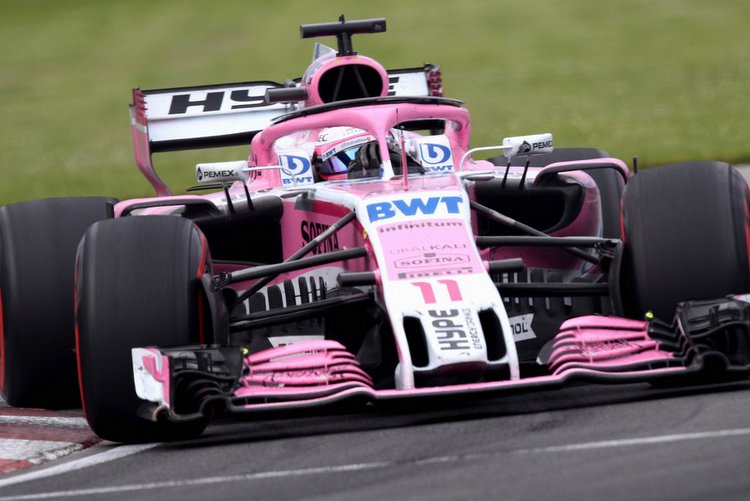 Force India preview the French Grand Prix weekend, Round 8 of the 2018 Formula 1 World Championship, at the Circuit Paul Ricard in Le Castellet 50km from Marseille.

Sergio Perez: “It was disappointing not to score points in the last two races. We had the speed but I’ve just been unlucky. With three races over the next three weeks there should be a chance to make up for the missed opportunities. I want to turn our speed into solid points. I think we now have a car that can race for points at most circuits. We’ve made some progress recently and I’ve always said this team is very good at developing a car during the season.

“There is always something special about going to a new Grand Prix. It’s a nice change because it’s a different challenge and you don’t know what to expect. I have been to Paul Ricard before for testing back in my F3 and GP2 days, but I’ve never raced there. I remember it was a fantastic venue and it’s very wide open with lots of run-off areas. I’ve been watching some videos of the track recently to remind myself of the layout. It’s certainly going to be a quick lap where top speed will be important. I think we will be competitive.”

Esteban Ocon: “It’s been my dream for years to be racing in front of my home crowd and now I will finally experience the fantastic feeling of a home Grand Prix. When the race was announced, it was the best news from the whole of last year and I’m really looking forward to it. I am very proud of the work of all the people involved in bringing the French Grand Prix back and I hope the event will be a success.

“I did race at Paul Ricard early in my career – it was actually where I had my first victory in single seaters in 2013 so I have some fantastic memories of the place. I hope we can add some more success this weekend. Having been there in the junior categories makes getting used to a new track in a Formula One car much easier. I think I will find my rhythm quite quickly.

“In the last few races in Monaco and Canada we’ve been showing good pace so I hope we can be strong in France as well. On paper, the track should suit us, with a long straight and some slow corners where we can use our car’s mechanical grip really well. It’s a track which will be new for everyone and we’re usually good at finding a set-up quickly, so I’m not too worried.

“It’s going to be a busy week for me but once I get in the car, it’s like any other race weekend and the focus needs to be on the track.”

Team Principal, Vijay Mallya: “After a third of the 2018 season, it’s encouraging to see the progress we have made since Melbourne. We are reaching Q3 regularly with both cars and picking up good points. There have been lost opportunities and we should have scored many more points, but it feels like our season is properly up and running. It’s great to see Formula One returning to France. The sport needs its traditional European races and it’s going to be a big weekend for Esteban racing on home ground for the first time.”