Alonso: Indy comes into play with a high priority 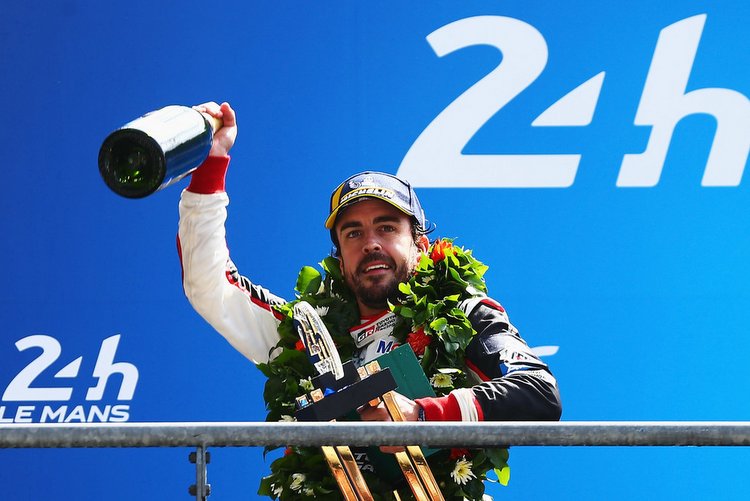 Winning the Le Mans 24 Hours on his first attempt will impact on the decision Fernando Alonso makes regarding his career at the end of this summer, the question is: will the Spaniard be prepared to endure another season of pain in Formula 1 next year or change his attention to Indycar racing and a shot at victory at the Indianapolis 500 in tandem with his Toyota WEC programme?

Victory at the Sarthe has taken Alonso a step closer to his stated goal of becoming the second driver in history to earn the Triple Crown of Motorsport – victory at Le Mans, the Monaco Grand Prix and the Indy 500 – one box remains to be ticked to join Graham Hill in that very exclusive club.

Speaking to the Guardian in the aftermath of his famous victory at Le Mans, sharing the Toyota TS050 with Sebastien Buemi and Kazuki Nakajima, Alonso said, “I will make my mind up after the summer what I will do next year but after winning Le Mans, Indy comes into play with a high priority.”

“Let’s see if it is next year or the following year. Let’s see what the future of F1 will be,” added the 36-year-old whose contract with McLaren is up for renewal.

Of his victory, Toyota’s first at the legendary race in two decades of trying, Alonso said, “It’s definitely very special. Winning Le Mans is close to winning a world championship because the race is so iconic and so prestigious and winning the triple crown is a very attractive target as only one man in history has done it.”

“I am also attempting to win the World Endurance Championship not only Le Mans and am already a world champion in F1 so it could be a super-triple crown.”

“Toyota have deserved this. Practice, qualifying and the race, achieved domination. It seems easy but there is a lot of work behind it, This year there was a lot of preparation, a lot of looking into details on what may go wrong. It was a perfect execution from everyone. I am sure it will not be the last.”

Alonso is enduring another season with a miserable package handed to him by McLaren which has reduced the Spaniard to fighting for scraps at the wrong end of the midfield.

“To be a more complete driver you need to win every series against the specialists in those series, to beat them in oval racing or in endurance racing, the guys that know every little trick. To be able to come here and be at that level is great,” added Alonso.