Inside Line: What now for Alonso after Le Mans hangover? 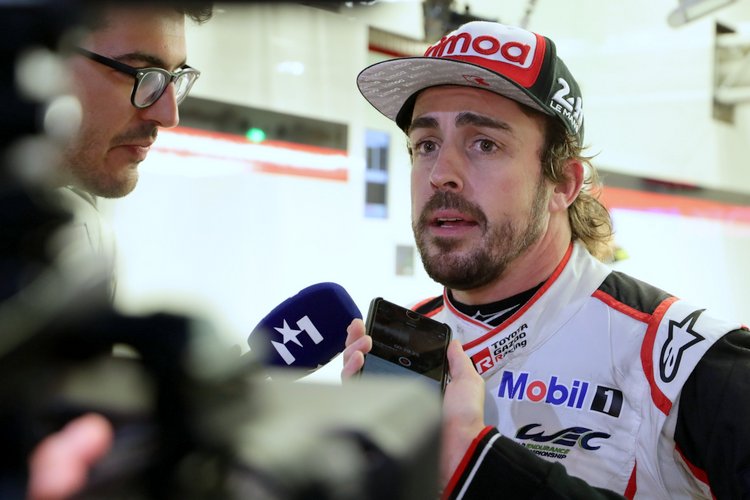 Le Mans coverage on this site was quite intense during the 886th running of the iconic race, we followed the Formula 1 drivers, with particular emphasis on Fernando Alonso who was rewarded with a sweet victory and a step closer to the elusive Triple Crown of Motorsport.

This edition of epic adventures at the Sarthe were tilted in favour of Toyota Gazoo Racing, and indeed it was theirs to lose. But for the first time in 20 years they did not stumble or fumble. instead the #8 TS050-Hybrid crossed the line to win the prize the Japanese manufacturer coveted most.

In the end, it was a comfortable albeit tense one-two for Toyota. All race long one was braced for what might be or some sort of gremlin which made it interesting to follow, however, only small niggles troubled them but ultimately had no real impact on the end result.

It did get interesting at one point late midway throufh the race, after starting from pole thanks to a stonking lap from Kazuki Nakajima, the #8 car dropped to around two minutes behind the sister #7 car of Mike Conway, Kamui Kobayashi and Jose Maria Lopez.

During his first night stint, Sebastien Buemi was told to drop from around two minutes behind the leader to four. The Swiss driver protested claiming his tyres were in the sweet spot and proceeded to reduce the gap. It looked like we had a civil war of sorts on our hands.

But a couple of stop and go penalties for exceeding the maximum laps per stint and also for exceeding the fuel limit compromised the #7 Toyota. There was also a scare for them late in the race when Kobayashi slowed and crawled back to the pits. The car was sorted and sent back to finish second, two laps behind the winners.

In retrospect Toyota were unchallenged all weekend, it was hardly a race and more like a be there at the end and the big trophy is yours. At the same time, in the wake of last years’ gut-wrencher, you felt their joy as Toyota crew, engineers, drivers and team bosses danced while celebrating from the moment their cars crossed the finish line until late!

Irrespective of how and why, Fernando Alonso’s name, alongside teammates Kazuki Nakajima and Sebastien Buemi, is now etched into the prestigious list of Le Mans winners forever.

From the euphoria of victory at the world’s most famous endurance race, Alonso will trek south to near Marseilles where he will slip back into the orange of McLaren and mid-grid mediocrity amid reports of dissent among the ranks at Woking from where he draws his salary.

It will be intriguing to monitor how he will find the motivation to balance the emotions of winning with Toyota and the downs of trying hard but coming nowhere in Formula 1. Plenty of interesting sound bites on the cards…

With the internal crisis as a backdrop, the Le Mans winner heads to Paul Ricard this weekend as he ponders his future in Formula 1 beyond this season. WEC dominance is happening with Toyota while Indycar and Stateside superstardom beckon for the double F1 World Champion.

Drivers come and go in Formula 1, even legends like Alonso eventually have to quit, but teams such as McLaren must not simply vanish. Thus as sad as the Spaniard’s departure might be, it is inevitable as the hands of time march on and drivers retire.

But a team like McLaren has to survive at the pinnacle of the sport, so why the media silence?

Concern and growing dissent among McLaren staff at the heart of the MTC, an issue highlighted by none other than their former McLaren team chief Martin Whitmarsh was a huge story that the Daily Mail broke this past weekend.

Interestingly the ‘big daddy’ F1 websites including BBC, Sky, F1.com, ESPN, Saward, Allen etcetera have all for some reason steered clear of the story.

Its a bombshell of an interview impacting an F1 institution, yet the silence from media and pundits is deafening. We are not talking here about an unidentified source or a disgruntled junior, the crumbling of McLaren is of huge concern to none less than Whitmarsh but warrants very little exposure.

My ‘conspiracy theory’ is that media outlets with vested interest in the current McLaren regime and others that depend on them for free coffee or whatever are keeping quiet because they have to. It’s not mandated to them, but rather an unwritten rule of motorsport communications.

In other words, don’t slag off the boss no matter what or until told to do so by his boss. Been there done that!

In January 2016, Zak Brown was appointed non-executive chairman Motorsport Network, so why would they report his looming demise at McLaren or anything negative about him for that matter?

I warned you it was my conspiracy theory, but I will stick to it because it actually suits the ethos of what a niche F1 commentary site like this one (and several others) can do for fans, which the ‘big daddy sites” or “Joe’s gang” cannot do and that is to report the real F1 news, not the ‘corporately correct and sanitised to suit all’ F1 news.

A ‘guesstimate’ would be that we all report 95% of the F1 news, that 5% extra – no man land type of thing – is what alt-sites like GrandPrix247 should dig out for readers, the reasons very obvious.

The McLaren story should ignite at some point as the colonised motorsport media outlets are forced to report the reality of the situation when it erupts.

For now, it is a case of “Crisis? What crisis?” at McLaren who are not commenting on the Whitmarsh revelations.

What Alonso makes of it all will be interesting because the former McLaren team principal was a big fan of the Spaniard and made no secret of wanting him back on the team at the time.