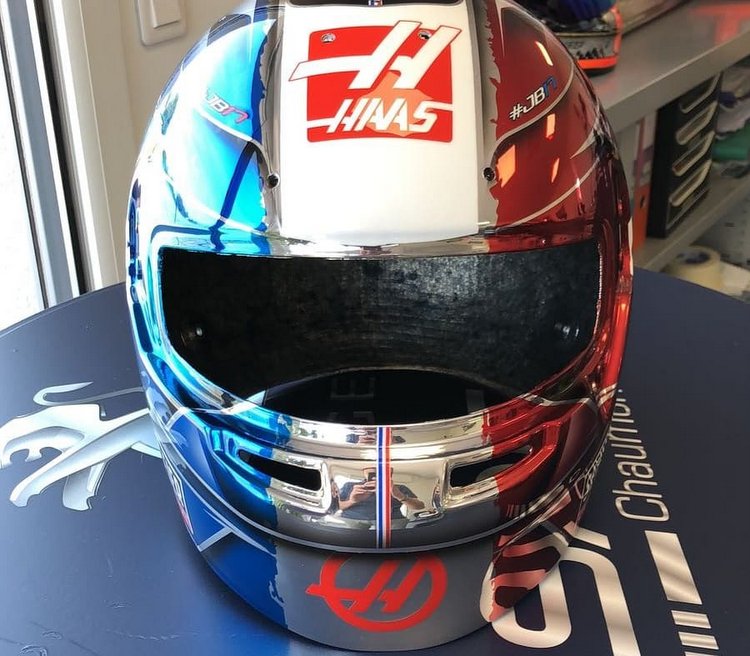 The French Grand Prix is back on the Formula 1 calendar after a decade absence, with Circuit Paul Ricard hosting the 59th edition of the race in France, for the first time at the venue since 1985.

For the occasion French F1 driver Romain Grosjean has revealed a special helmet which the Haas driver will wear during the course of the weekend.

The Frenchman wrote on Twitter after a sim run: “Prepared the French GP on the simulator today. The track is super fast, it’s going to be AWESOME !!!”

Typically drivers are allowed a helmet design change for a special occasion or home race.